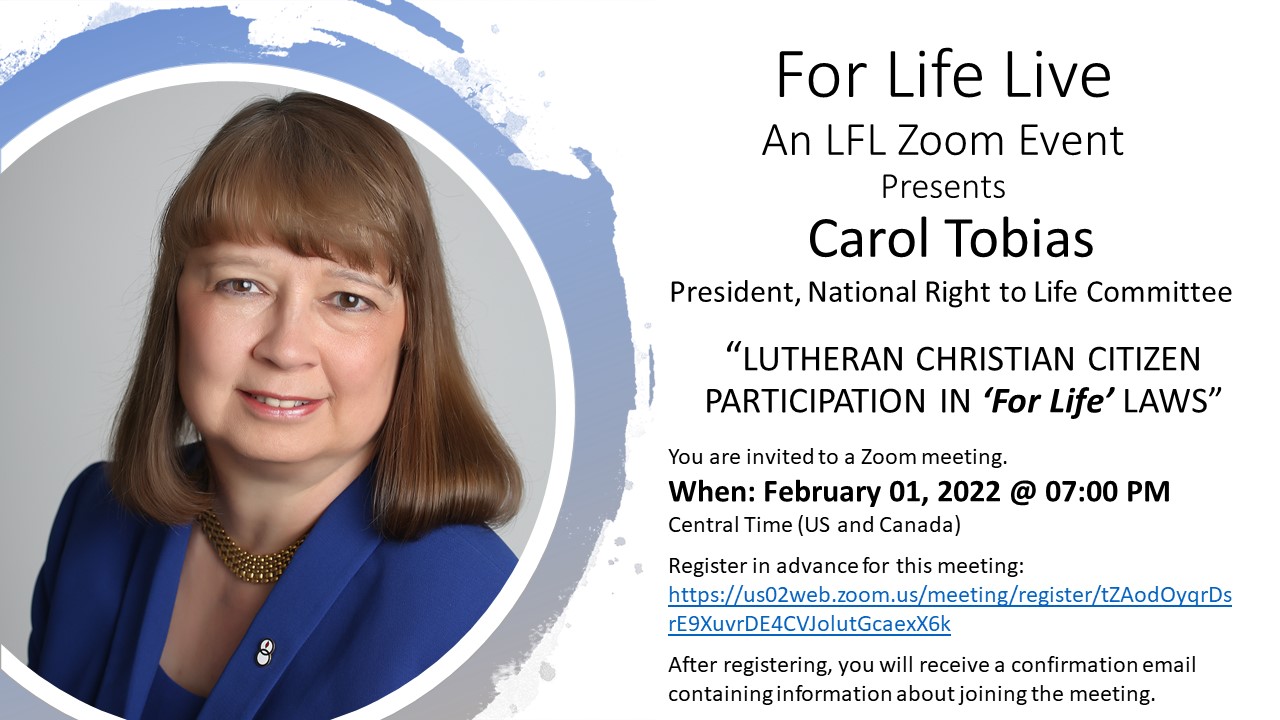 We are blessed to live in a country that allows citizen participation in our government. As citizens of the “right-hand kingdom” of heaven, sojourning in the “left-handed kingdom” of earth, we are to respect civil authorities, be “good citizens” of the state, and understand the differences between the two realms. How should we as Lutheran Christians make our voices heard in the left-handed kingdom?

With this presentation, we hope to help you:

We will also have a review of the law regarding 501(c)(3) activities in the context of legislative and political efforts, information on what churches can do regarding legislation, ballot measures, and elections, and an overview of opportunities and activities around the country.

Carol Tobias is president of the National Right to Life Committee, the nation’s oldest and largest pro-life organization. A native of North Dakota, she has served on the National Right to Life board of directors since 1987. From 1983 to 1991, she was executive director of North Dakota Right to Life and in 1991 was hired as National Right to Life Political Director, a position she held until 2005. During her tenure as political director, pro-life majorities were elected to both the U.S. House of Representatives and U.S. Senate. In both 2000 and 2004, she oversaw the efforts of National Right to Life’s political action committee on behalf of George W. Bush. In 2014, she testified before the U.S. Senate Judiciary Committee in opposition to the Women’s Health Protection Act, which is more appropriately called the “Abortion Until Birth Without Limits Act.” She has appeared on ABC’s World News Tonight, NBC’s Today Show, CNN, The News Hour on PBS, C-SPAN, and Fox News Channel, as well as numerous television and radio programs throughout the country. She has been quoted in the New York Times, Wall Street Journal, Washington Post, Los Angeles Times, and USA Today.