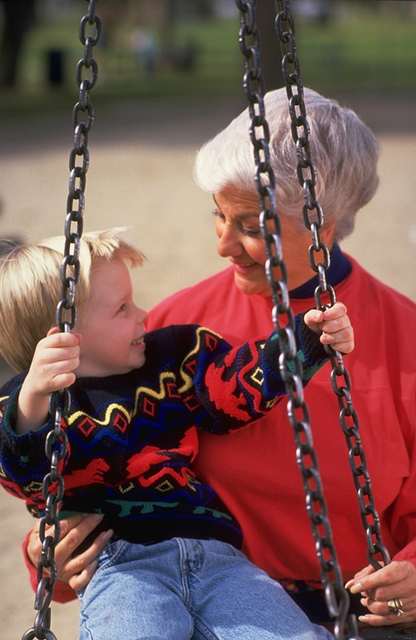 Every younger generation deserves the wisdom and experience that is most naturally mentored by an older generation. But, in this present culture, we parents and grandparents seem to resist acting our age. Isn’t this rather selfish? If we’re absent from the role of mentor, to whom are we abdicating? What is the price paid by children? Grandchildren? Children in our neighborhoods?

The older generation hasn’t evolved, says the world. So, girls! Boys! Follow your heart! Listen to your instincts! Rubbish! How typical of the world to offer deceptive counsel. But people who call themselves “Christian” should know better. We should value the wisdom and spiritual maturity that comes with age.

As I was preparing the keynote address for a women’s conference, I was drawn to passages from 1 Timothy 5. There, the Apostle Paul is speaking to young Timothy like a father. He is inspired by the Holy Spirit to offer instructions for the Church. Something the Church is called to do is honor the widows, especially those who are truly left alone. What got my attention was the distinction made between an “older” and “younger” widow. Verse nine notes that a widow is eligible for church assistance if she is not less than 60 years old. The one who has been a faithful wife of one husband, has a reputation for good works, has brought up children, has shown hospitality, has washed the feet of saints, and has cared for the afflicted is considered to be a wise woman who won’t bring shame to the congregation.

But what about a younger widow—a woman less than 60 years of age? The household of God is to encourage her to marry and manage her household; if possible, to have children. Why the clear distinction of age here? Because, as real life has a way of proving out, younger women are more captive to their passions. They are more tempted to romantic desires, idleness, and gossip, or saying things they should not. They are more easily deceived by worldly trends and led away from Jesus Christ.

What do you think of that? Does this make sense to you?

God’s Word consistently through  the Old and New Testament reminds the older generation to mentor the younger. The Creator of life entrusts children to parents; not to their peers. He wants parents and grandparents to tell children and grandchildren about the wonders of God’s work. This includes all the lessons learned over the course of time and in the midst of challenges. So, when a man or woman refuses to accept their age, resists learning from past mistakes, and clings to the foolishness of youth, woe to the young ones in their charge.

As for me? Well, I admit I don’t like the gravity of age. My head, after all, still thinks creatively. Enthusiastically. Optimistically. (Laughter is good for my soul—and others.) But, given to me are priceless years of experience and lessons often learned the hard way—years of seeing God at work in my life. Why would I want to keep that all to myself? Where is the shame in acting my age?