Understanding and Communicating with People with Disabilities 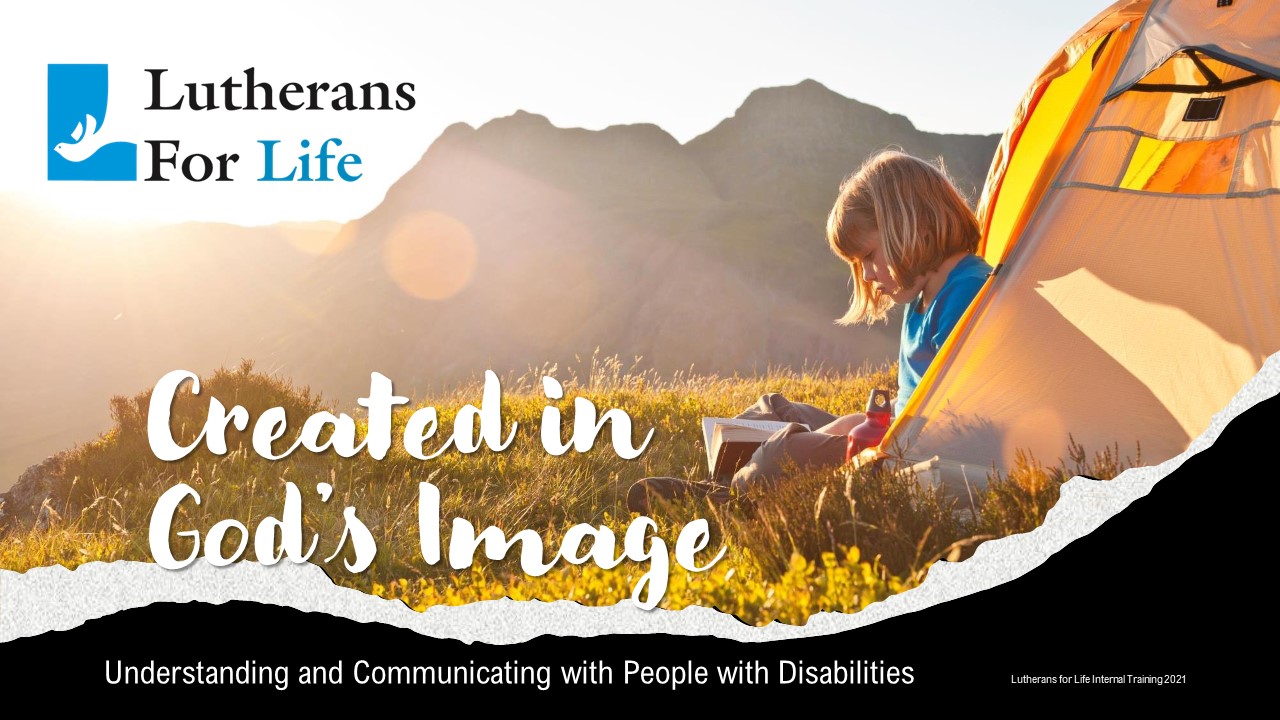 This workshop was recorded September 1, 2021, during a Lutherans For Life staff retreat in Branson, Missouri, and is intended for use by LFL staff and the LFL Frontline.

Download Understanding and Communicating with People with Disabilities (PDF)

Download Understanding and Communicating with People with Disabilities (PowerPoint)

The Americans with Disabilities Act defines a person with disabilities as a person who has a physical or mental impairment that substantially limits one or more major life activities. According to the U.S. Census, one in five have a disability.

An intellectual disability is a developmental disability. According to the American Association on Intellectual and Developmental Disabilities, it is a significant limitation in both intellectual functioning and adaptive behavior. Generally, this is an I.Q. below 75 and must have occurred prior to age 18. Support is needed in most of the following examples:

The most common causes of a developmental disability are Down syndrome, Fetal Alcohol  Syndrome and Fragile X syndrome. Developmental Disabilities are generally caused by genetic conditions, problems during pregnancy, problems at birth, problems after birth, poverty and cultural deprivation and there are some causes that are unknown.

Additional Resources for supporting babies/children with disabilities and their families: (August 2021)

Practical Tips for Communicating with People with Disabilities

At Lutherans for Life, we are blessed to know that every staff member values the life of each person created and loved by God. Thankfully, this means everyone, including people with disabilities! Here are a few things to consider when representing Lutherans For Life.

Just as the English language evolves and changes over time, so do the appropriate terms for disabilities. We know that nothing is set in stone, however, here are some helpful hints when it comes to terminology and representing Lutherans for Life.

Here are a few things to consider when using text/print for your audience.