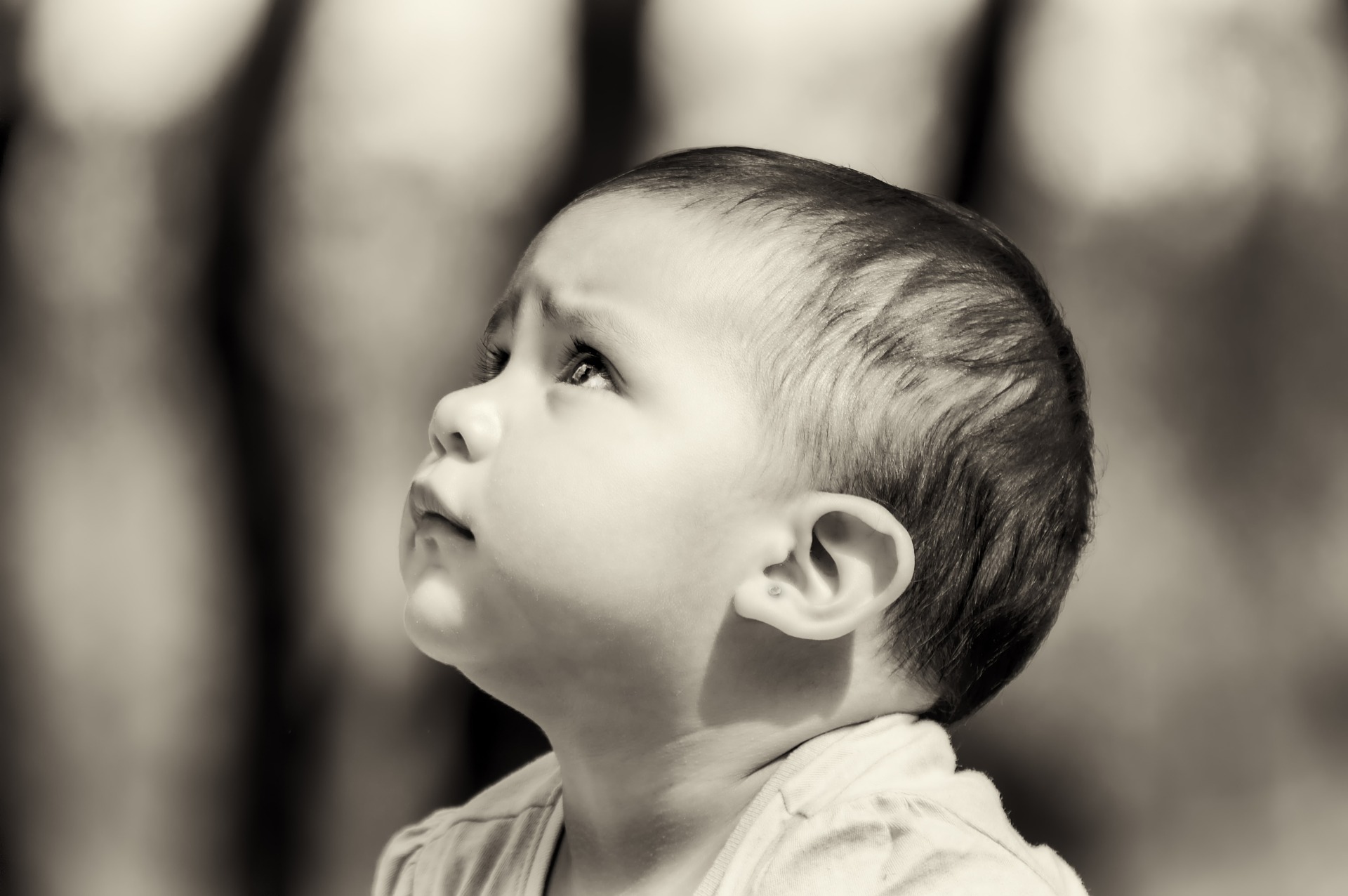 I was Pro-Life before there was Pro-Life. I opposed the radical law in New York State that amended the homicide code to allow killing unborn children up to six months of gestation.

As a Democratic candidate for the state Assembly, I publicly pledged to vote to repeal that law. And I was defeated on that basis. Two months later, the Supreme Court overturned the homicide laws of fifty states. And they claimed they had “settled” the law. There has been no ruling since Dred Scott that has been more unsettling for the American nation.

I have never opposed a pro-life law that seeks to protect unborn children. I didn’t read the Bible then. I wasn’t a Christian believer. But I had taken biology in high school and college.

I knew what the Supreme Court claimed it could not know—but which everyone really knows—that human life begins at conception. Those who say they “believe in science” deny what science has made undeniable.

Science has taught nothing else since 1859. Science is why state laws included killing the unborn in their homicide code. Religious doctrine did not move the states to protect unborn children, science did.

TIME magazine’s columnist Joe Klein put it squarely on March 5, 2012: “Ultrasound has made it impossible to deny that that thing in the womb is a human being.” Right, Joe.

Our free press never made the connection. One death toll a natural catastrophe, the other death toll supported by our tax revenues.

How, therefore, could a lifelong pro-lifer oppose the Texas abortion law?

It’s in the legal mechanism of the novel wording of this new law. Pro-lifers whom I respect have crafted a law that calls for “citizen enforcement.”

Texas’ law empowers citizens, but not state law enforcement officers, to seek information on others’ actions, giving pro-life Texans the power to sue organizations that kill the unborn and to sue other Texans who aid or abet the killings.

Texas pro-lifers have disabled government to give the powers to private citizens in a desperate attempt to avoid entangling themselves with federal courts and their subordination to the injustice of Roe.

Their hearts are in the right place. Their mechanism is wrong. We have seen such attempts to resolve vexing moral questions by putting it in citizens’ hands in an attempt to “settle” the controversy.

Sen. Stephen A. Douglas in the 1850s proclaimed “Popular Sovereignty” on the question of slavery in the territories. Sounds simple. Sounds democratic.

Douglas’ solution didn’t solve, but it led to Bleeding Kansas. Pro-slavery southerners flooded into Kansas Territory to ensure another slave state. Northeastern abolitionists responded with force, wielding “Beecher Bibles,” as their crated rifles were called. The Civil War began for Kansans a nearly a decade before the American Civil War.

Radicals of both sides in today’s proclaimed “culture war” have taught contempt for law. Some states declare themselves Sanctuary States to nullify federal immigration law. Others nullify federal drug laws and assisted suicide (although I call them persisted suicide) laws. Other states try to avoid federal gun control laws.

In the history of the Reformation, even so revered a figure as Martin Luther was horrified with peasants’ rebellion. The peasants reasoned if each man was his own priest, he could also be his own landowner. Luther sided with the nobles and was horrified when they took him at his word. The nobles slaughtered rebellious peasants.

The Texas law will empower zealots on our side to confront zealots on theirs. How can you know a young woman has undergone an abortion? Or has she had an entirely necessary D&C procedure following a heartbreaking miscarriage? How can you tell unless you violate her privacy?

I know the harm zealots can do to our just cause. In 1989, I stood on the U.S. Supreme Court steps when its ruling in Webster v. Reproductive Health Services was handed down. I was in Washington representing The Lutheran Church—Missouri Synod (LCMS). And Webster was a Missouri case.

We had hoped, we had prayed for a correction of the tragic error of Roe. Our synod was for the constitutional right to privacy but against any lethal violence in the family. Pro-life in a positive way.

Zealot Randall Terry capered like a baboon on the high court steps, yelling “Roe is dead? Roe is dead!” He had not read the ruling delivered that day.

He was wholly wrong. Roe was untouched that day. Tragically so. The Zealot grabbed all the headlines. He became Planned Parenthood’s “poster boy.”

He handed Planned Parenthood all they needed. They had a multi-million-dollar ad campaign “in the can” ready to launch if the Court corrected Roe.

Once we had read the ruling, we realized that it did nothing more than say Missouri could deny state funding of abortion—just as the 1980 Court ruling in Harris v. McRae had ruled about federal funding of the killing of the unborn.

A defeat in Webster would have been catastrophic for constitutional government. It would have said all citizens must pay for killing future citizens. But that was all it said. It was no great correction of the tragic error of Roe.

What had Zealot Randall Terry done for us? In the aftermath of his hooting and dancing, we lost forty-seven reliable votes in the House of Representatives to defend us from being taxed for homicide of the unborn. These fearful feckless officeholders bolted—frightened by Planned Parenthood’s threat to “remember in November” and oust them from their perches.

That is the consequence of such imprudent action on abortion. My heart grieves at the marginalization of mass killing of the unborn. Ronald Reagan regularly referred to abortion as “the slaughter of innocents.” And he called legal abortion as “a wound in the nation’s soul.”

So, if not Texas’ law, what can we do? We cannot remain silent. The new administration of President Joe Biden is pledged to tax us all for killing the unborn. The President has increased the Donovan Child Tax Credit. This is a pro-life action and needs to be praised as such.

But we must challenge the President: Is it common sense to tax Americans to welcome unborn children in life. then tax us to kill them in the womb? We need to petition all of our legislators and executives: We protest. We call for

No Taxation for Assassination in the Millennial Generation

This is a principle that cannot only unite our own pro-life movement but has the chance of bringing in others who can see the justice of not being taxed for homicide of unborn children.

Lincoln told his best friend, a slaveholder, that “we crucify our feelings” over the Fugitive Slave Act. He agonized to see runaway black people pursued and dragged back into slavery.

I know how Lincoln felt. I held the monitor when Dr. Bernard Nathanson first showed an ultrasound video. He showed the killing of an unborn child of twelve weeks gestation.

She senses the violation of the womb that should be her refuge. She pushes back against the invasion.  I watched as that probe took her little life.

Lincoln said even an ant knows when it has been unjustly attacked. This unborn child surely knew it. That scene in Kansas City from June 6, 1984, haunts my memory. That video is called The Silent Scream. I saw it. And it crucifies my feelings.

Lincoln was moderate. He knew he could not overturn all slavery and all at once. But he said “No extension of slavery into the new territories. To this, hold like a chain of iron.”

We can do on the national level what the LCMS successfully did in the pro-life effort in Michigan in 1988. We respected our neighbors’ consciences who are “pro-choice,” but we appealed to them to respect our consciences. We gained critical support from black, Hispanic, and immigrant Michiganders. Blue collar Democrats voted with us.

We won that referendum.

We can challenge President Biden to return to the Hyde Amendment he supported from 1977-2020 Hyde prohibited direct funding of abortion.

We can appeal to him not to help Planned Parenthood kill one third of a nation in the womb. If he persists, his administration will fail. But we can bring other elected officials to our cause.

Americans today have the lowest birth rates and marriage rates in our history. How can America survive if we say human life doesn’t matter?

No taxation and no tax breaks for billionaires who fund Planned Parenthood can be a cause that can unite us, not divide us. It can put us back on the paths of righteousness. Even as we reject the road to anarchy.

Contributor Robert Morrison served in the Coast Guard and the Reagan administration.