Living the Dream … Sharing the Love!

In 2015, the first high school LFL National Essay Winner was Rebekah Anderson from St. Paul Park, Minnesota. She shared her essay, “Abortion … What Can We Do?” Her passion came through as more than just words. At the time she talked of being a missionary. I decided to follow up to see what she is doing today. She is actually living her dream to share her love of Jesus and help save babies. Her story is amazing.

After a few years in a Lutheran school, Rebekah was homeschooled. In the course of her studies, she took Postsecondary Education Options (PSEO) classes through a local college. That became her path to becoming fluent in Spanish, something she used in her first venture into missionary work.

Over the summer of 2015, she went to Costa Rica where she did evangelism in city parks, kids’ ministry, and soccer ministry. She also was able to teach in a local school, sharing the Gospel in Spanish. This exposure to cross-cultural ministry was the momentum she needed. 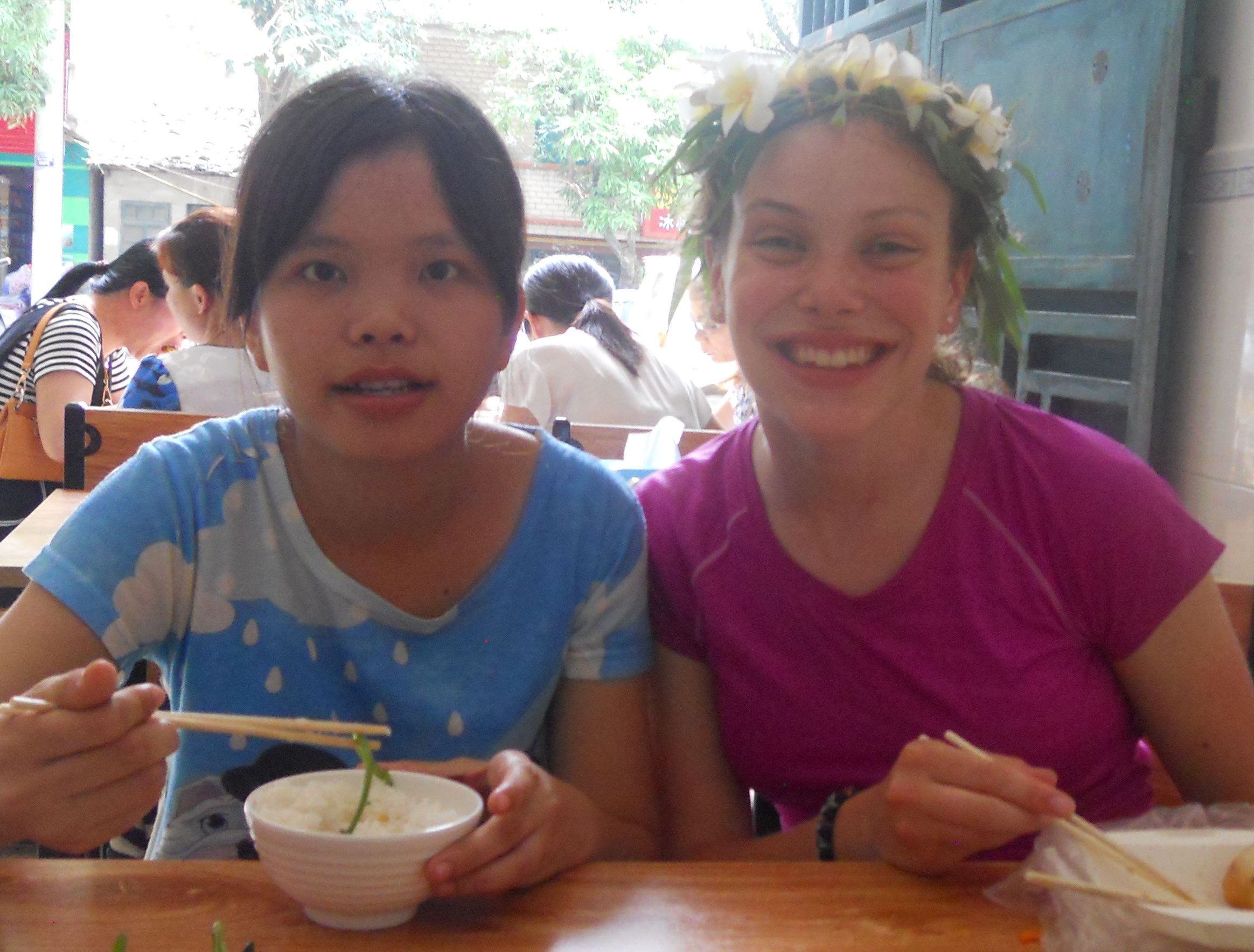 The following summer, Rebekah accepted an opportunity to go to China and teach English to high school students. In China, students are obligated to take a test after high school that helps to determine their future. A lot of the test is in English, creating a desperation to become well versed in order to score high, moving them into higher education rather than lesser jobs. Not allowed to share the Gospel, she was asked to teach the holidays and traditions we celebrate in America. Rebekah chose to share not only Thanksgiving, but also Christmas and Easter, where she was able to share the Gospel as part of the English class.

After being back in the states for a short time, she followed God’s calling and went to Guatemala for five months where she worked in the inner city teaching, working with the homeless, and sharing the Gospel with women in an inner city brothel. There she gave these poor, enslaved women the message of hope, helping them to understand their situation wasn’t hopeless, even though it seemed that way. Girls in Guatemala are often drawn into the brothels at a young age. Rebekah was only 19, and girls her own age already had two or three children. These women turn their children onto the streets during the day as they roam the city, where they oftentimes become involved with gangs or end up pregnant.

All this experience prepared Rebekah for what was to come next. God led her to Kona, Hawaii, where she received extensive training in primary health care. This training was given by doctors who specialize in health care in third world countries. She learned how to deal with malaria, parasites, and other issues common in under-privileged countries. During this training, she spent one month in the Philippines and two months in Papua, New Guinea, serving at free healthcare clinics. 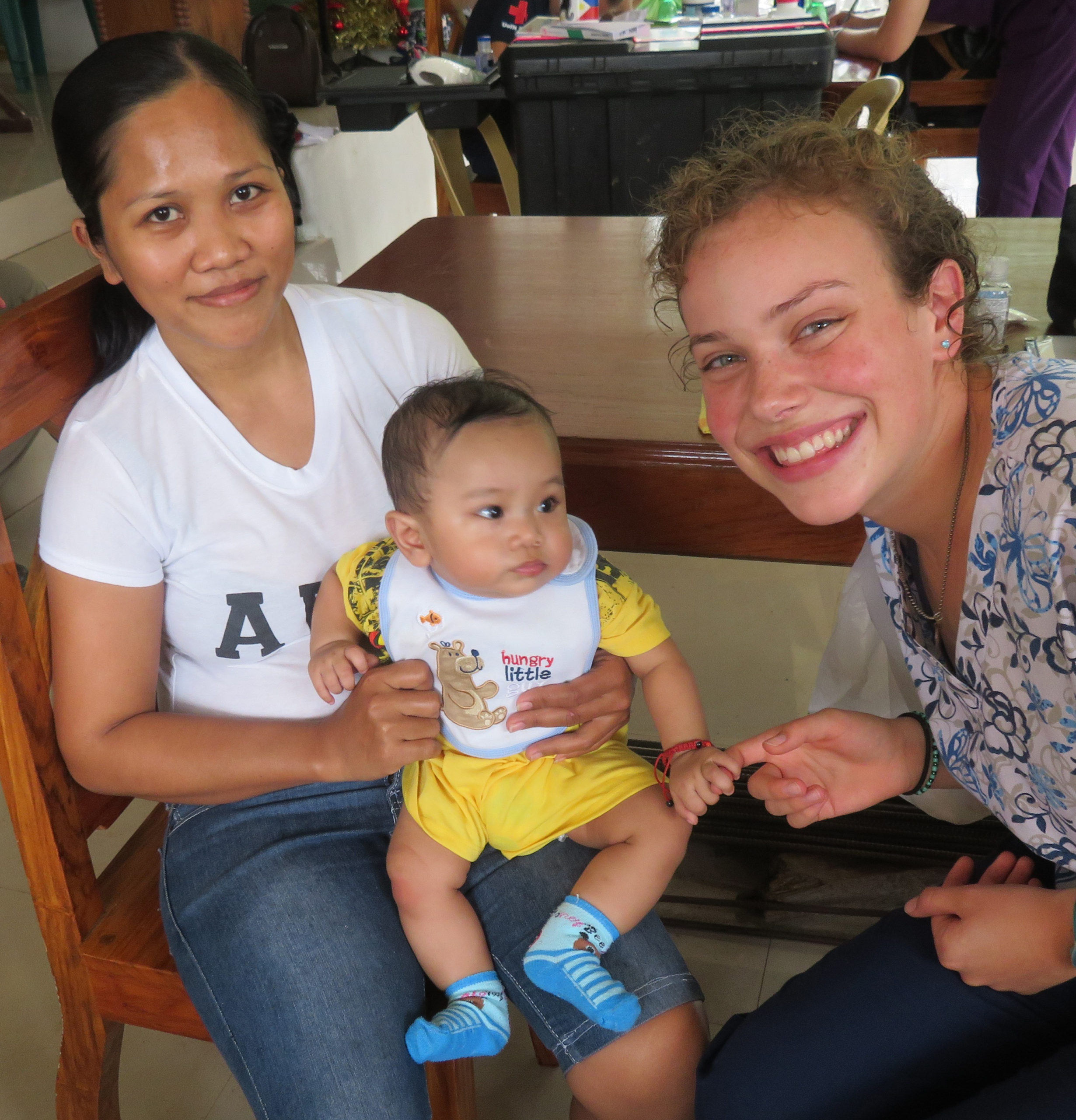 While in the Philippines, she used a fetal doppler to hear a baby’s heartbeat on a woman who had lost her previous baby. The woman was so overwhelmed in hearing the baby’s heartbeat she went home and brought back her husband to hear it too. When he heard it, he was overcome with emotion, never having heard the life in the womb before. These moments made all the sacrifices worthwhile.

Rebekah is also a certified doula, equipping her to assist women during and after childbirth. As a doula, she is able to work with pregnant mothers, teaching them techniques to reduce pain during natural childbirth, often reducing the length of labor by 25%.

Soon, Rebekah will be taking on her most challenging assignment. She will be going into a place with numerous unreached people groups (UPGs) who have no access to the Gospel, no churches, and no Bibles. Missionaries are illegal. So, going to these places requires going as a “tentmaker” or having a civilian job. She will be scrutinized when entering the country, and there is a great deal of risk and danger in this work. It will be a commitment of at least four to ten years. There will be hard times when she will need to totally rely on the Lord. Rebekah would like to challenge you to ask God to lead you to become involved in God’s mission of reaching all people with the hope that comes through Him alone.

If you would like to support Rebekah in her efforts, contact her parents at lrapraisehim@gmail.com. Her mother told me it is difficult to let Rebekah go, but as her parents, they don’t want to stand in the way of the Lord’s work. She will be joining a prayer support group for mothers of missionaries. May our prayers lift up Rebekah and the Anderson family as they support Rebekah and her life’s mission.