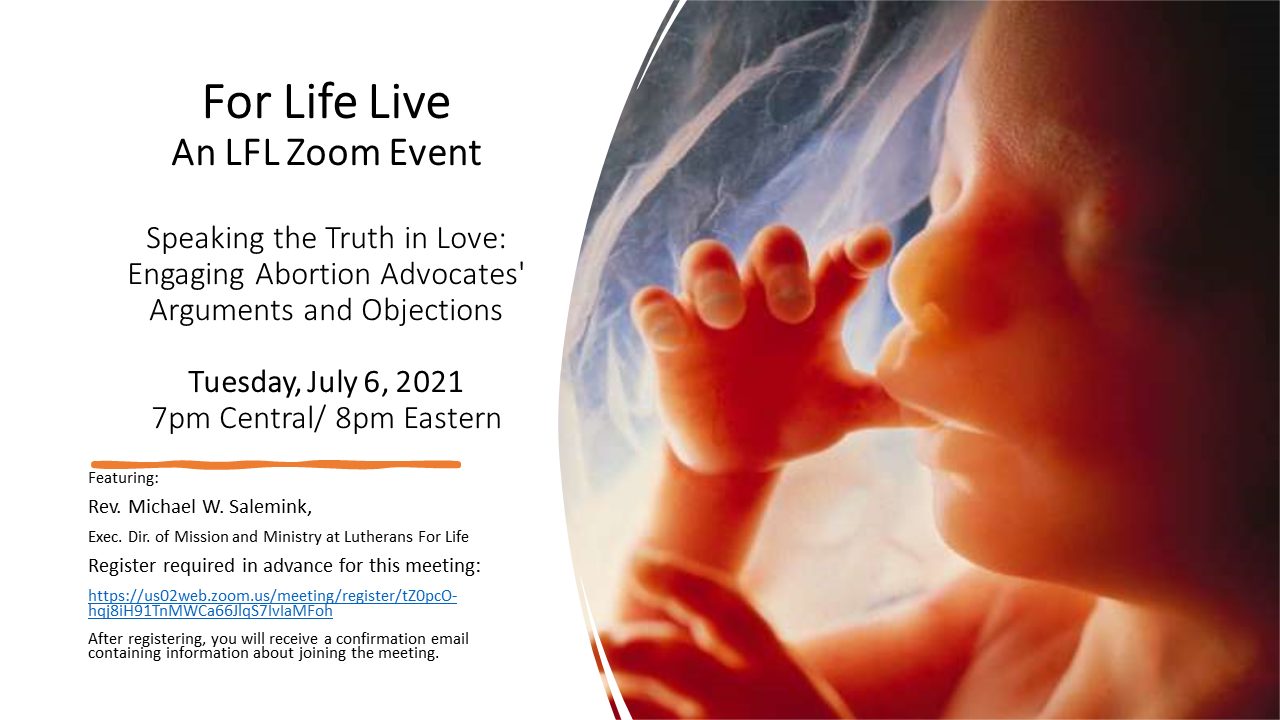 “The Bible doesn’t say anything about abortion.”
“It’s not a person.”
“My body, my right.”
“If it’s illegal, women will die.”
“Don’t legislate morality.”
“You can’t force rape victims to bear their attackers’ children.”
“We shouldn’t judge those poor women.”

Let’s look into how we can share God’s grace sensitively, eloquently, and winsomely in response to these and other invitations. Featuring Rev. Michael Salemink, Executive Director of Mission and Ministry at Lutherans For Life.

Rev. Michael W. Salemink began serving as executive director-elect of Lutherans For Life in August 2015 and became executive director on January 1, 2016. He received a BA in theology from Concordia University Chicago, River Forest, Illinois, in 1999 and a Master of Divinity from Concordia Theological Seminary, Fort Wayne, Indiana, in 2003. He has served as pastor of St. John’s Lutheran Church, Webster, Minnesota, (2003-2005) and as associate pastor of St. James Lutheran Church and School in Lafayette, Indiana (2005-2015). Pastor Salemink and his wife, Heather, have been married since 2000 and reside in St. Louis, Missouri, where they attend Immanuel Lutheran Church, Olivette, with their three sons: Christian, Nathan, and Luke.