The Wonder of Being Human 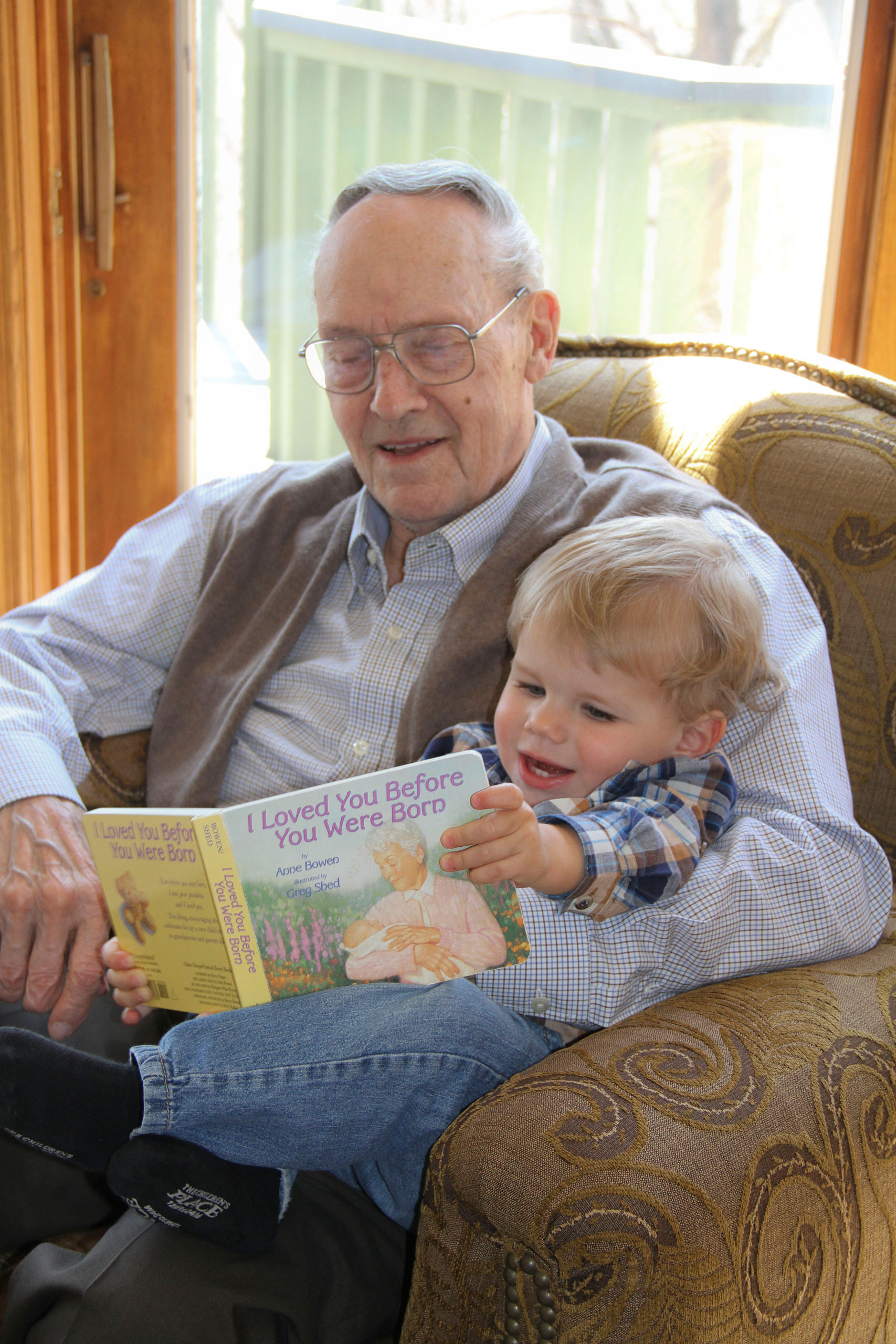 Recently, I asked my dad to write his story. Bless his heart. He did it! My promise was to help him create a book for his grandchildren and great-grandchildren. But my blessing was to learn the reasons why I’ve always called Dad my hero.

The wonder of my father’s life is that he is a common man set apart for uncommon use. His is an ordinary life, but therein is the truth about being human. From ordinary dust of the ground, God formed man to reflect His own extraordinary image. Dad is the first to admit that he is a poor reflection of God’s image. In his poor, sinful condition, he could have chosen to follow the pattern of the world. But he did not because he sees his human identity in light of the fact that he was formed by God’s own hands for God’s own purpose. My dad’s story proves to me that to be human does not mean to be self-defined, but God-defined. And in each ordinary life experience recorded by Dad, I see that his identity affects his attitude and behavior.

A few short months after beginning his task, my dad entrusted to me a precious bundle of typewritten papers. “Here!” he said with a knowing grin. “You have some work to do!”

To be human means to be given work to do. Work was a privilege given to the first man by His Creator. It was God’s design that Adam work in the Garden and keep it. As a farmer, my dad has shown me the “thorns and thistles” that sin brought into this world. I’ve seen the sweat on his brow but also heard his sigh of accomplishment at the end of a long, hard day. My dad has shown me that work is neither punishment nor unpleasant. When done to God’s glory, it is a source of contentment.

To be human means to be male or female. My parents did not preach to me when I was a child about the differences between men and women. Rather, the behaviors and interaction of my mom and dad demonstrated to me that male and female are the two eyes of the human race, each needed for their unique perspective. My dad valued my mom’s opinion and help. He respected her even when she frustrated him. My dad might not realize it, but he showed me that men and women are more than sexual. God does not say: Be sexual, for I am sexual. He says, “You shall be holy, for I the Lord your God am holy” (Leviticus 19:2b). While men are especially tempted by sensual thoughts and desires, it is women who are doing the tempting–too often unintentionally and often because they are deceived into the wrong identity, believing they were created only to be sexual. It was my dad who showed me that because of Jesus Christ, a man (or woman) is not captive to these temptations.

To be human means to have choices. Dad helped me understand that choices are best made in light of our relationship to God and with trust in His Word because to be human means that Satan will surely slither up to us at the moment of decision, asking: “Did God really say …?” (Genesis 3:1 GOD’S WORD). Adam was given the instruction for life and the warning against death, but he failed to engage Satan with that Word for the sake of his bride. My dad, being mindful of this, nurtured my respect for men because he’s never stopped trying to lead his family away from harm.

To be human means to be forgiven. My dad knows the consequence of sin. But he also knows that because of Jesus Christ, God’s mercies are new every morning. If I were to thank my dad for one thing, it would be for helping me understand the willing desire of Jesus to be my crucified Lord and Savior. Easter, for a human being, means nothing without the Cross.

To be human means to suffer. The only way for God to save humans from themselves was to become one of them. The Lord Jesus Christ suffered as a human—and He died. In this sinful world, we suffer, too. Because of sin, we will die. But my dad also taught me that to be human means to have hope. Jesus rose from the grave, ascended back to heaven, and will come again to take God’s weary but faithful children home.

To be human means to persevere. Dad has experienced hardship, disappointment, and the loss of his wife, my mom. But he is my model of daily perseverance no matter the circumstance. “Keep calm and carry on” was a phrase first used on a motivational poster produced by the British government during World War II, but it is a way of life for my dad. He has watched this culture change at warp speed, but because he knows that his call to think, act, and live like a Christian changes not, he continues to “run with endurance the race that is set before” him (Hebrews 12:1b).

Finally, for the human, “the greatest of these is love” (1 Corinthians 13:13b). Just as God defines humans, so also He defines love. So, thank you, Dad, for not loving carelessly. Thank you for your patient, kind, and selfless love. Thank you for showing me “what kind of love the Father has given to us, that we should be called children of God” (1 John 3:1).