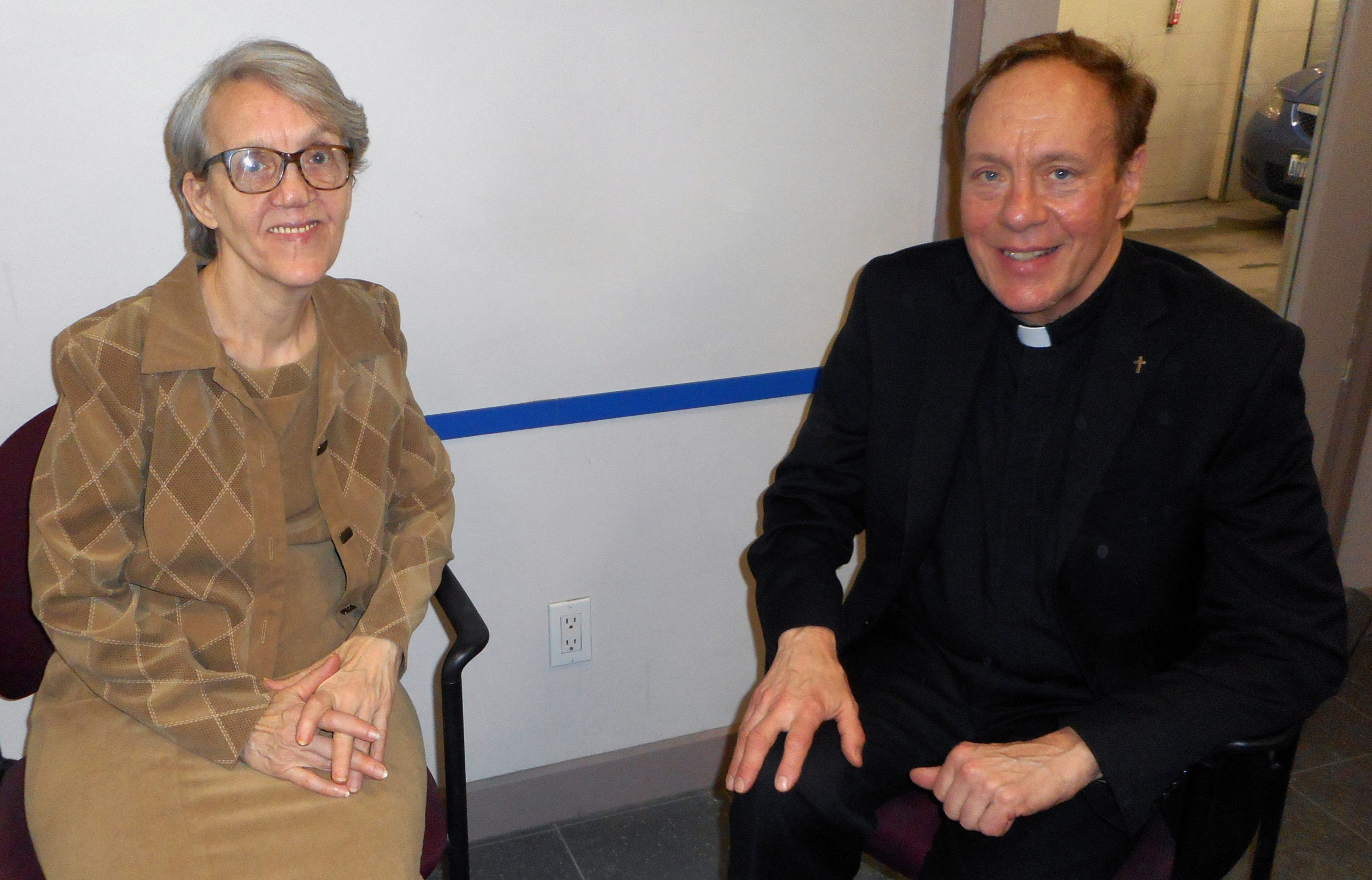 Two Canadian women have given the term “prisoner for life” a new meaning. Christian pro-life witnesses Mary Wagner and Linda Gibbons both currently sit in an Ontario prison.

Mary and Linda have been arrested so many times they’ve lost count. Mary, 41, began her pro-life work in 2000 and has spent some four years incarcerated. Linda, a 67-year old grandmother, has spent eleven years in jail over the last two decades.

Mary Wagner, a soft spoken, considerate woman, goes into abortion facilities armed with red roses and counsels women to consider not ending the lives of their unborn children. She hands them a rose and offers to pray with them. She provides information on sources of help—physical and spiritual.

Linda Gibbons simply walks silently back and forth carrying a sign on a public sidewalk in front of Toronto abortion mills. The sign has a picture of an infant and reads, “Why, Mom, when I have so much love to give?”

For these acts of witness Mary is charged with mischief, essentially trespass, and with breaking probation orders which ban her from being within 200 metres (656 feet) of places where abortions are performed.

Linda is charged with violating a 1994 “temporary” injunction that created a “bubble zone” of 500 feet around a number of abortion facilities in Ontario. No other group that protests faces this kind of restriction.

Mary is currently facing trial in Toronto on March 10 and 16, 2016, for trespass and breach of probation for entering a Toronto abortion facility this past December 12. She also has a constitutional appeal heading towards the Canadian Supreme court. At a recent preliminary court appearance Mary said, “I am consistently arrested for trying to protect unborn children. I have done nothing wrong.”

Linda Gibbons’s most recent trial concluded January 13, 2016. She was arrested September 2 for carrying her sign while walking in front of the Morgentaler abortion facility in Toronto. Linda is awaiting a verdict. During the trial Linda refused to speak. She explains her silence is to honor the unborn. “The Supreme Court of Canada says the unborn children we’re defending don’t exist … nobody is there until the baby is born.”

Despite their years in prison, Mary and Linda have asked during my prison visits with them that the focus not be on what they’ve endured, but on the unborn children losing their lives in abortion.

For their selfless witness the two women are not without supporters. Last May’s Canadian March for Life in Ottawa was dedicated to them. Both Wagner and Gibbons have received Queen Elizabeth Diamond Jubilee medals as a result of being nominated by pro-life former Member of Parliament Maurice Vellacott and have been the subject of national news coverage.

There have been other personal acts of appreciation as well over the years. Both women continue their pro-life witness while in prison, encouraging pregnant inmates to keep their babies under difficult life circumstances. In one instance a former cell mate brought her child to visit Mary in jail and thanked Wagner for convincing her to keep the child on her knee she had considered aborting.

When asked recently about her entries into abortion mills Mary said, “People have often asked me if I could not simply stay outside the area I’m forbidden to enter and in that way avoid arrest. But this question forgets something: The children scheduled to be killed will have no one to stand up for them. We will stop being present for them and for their mothers out of obedience to an immorally imposed restriction by those entrusted with authority. If we think in terms of getting arrested or not getting arrested, we lose sight of Christ, hidden in the distressing disguise of the poor—those so poor we cannot even see or hear them. As Jesus said, “[A]s you did it to one of the least of these my brothers, you did it to me” (Matthew 25:40).

Abortion was made legal in Canada when in 1988 the Supreme Court ruled in Regina v. Morgentaler that existing abortion laws were unconstitutional. Since then approximately 100,000 abortions have taken place each year according to Statistics Canada, meaning a total of at least 2.7 million unborn children have been killed.

During a past trial a Crown prosecutor argued that releasing Mary would interfere with the administration of justice. Mary replied that she reached out to women in abortion facilities “to uphold justice, even when the letter of the law won’t.”

Her response echoes Martin Luther King’s famous words in his Letter from a Birmingham Jail when he wrote, “One may well ask: ‘How can you advocate breaking some laws and obeying others?’ The answer lies in the fact that there are two types of laws: just and unjust. I would be the first to advocate obeying just laws. One has not only a legal but a moral responsibility to obey just laws. Conversely, one has a moral responsibility to disobey unjust laws. I would agree with St. Augustine that ‘an unjust law is no law at all.’”

Letters can be sent to Mary Wagner and Linda Gibbons at this address: