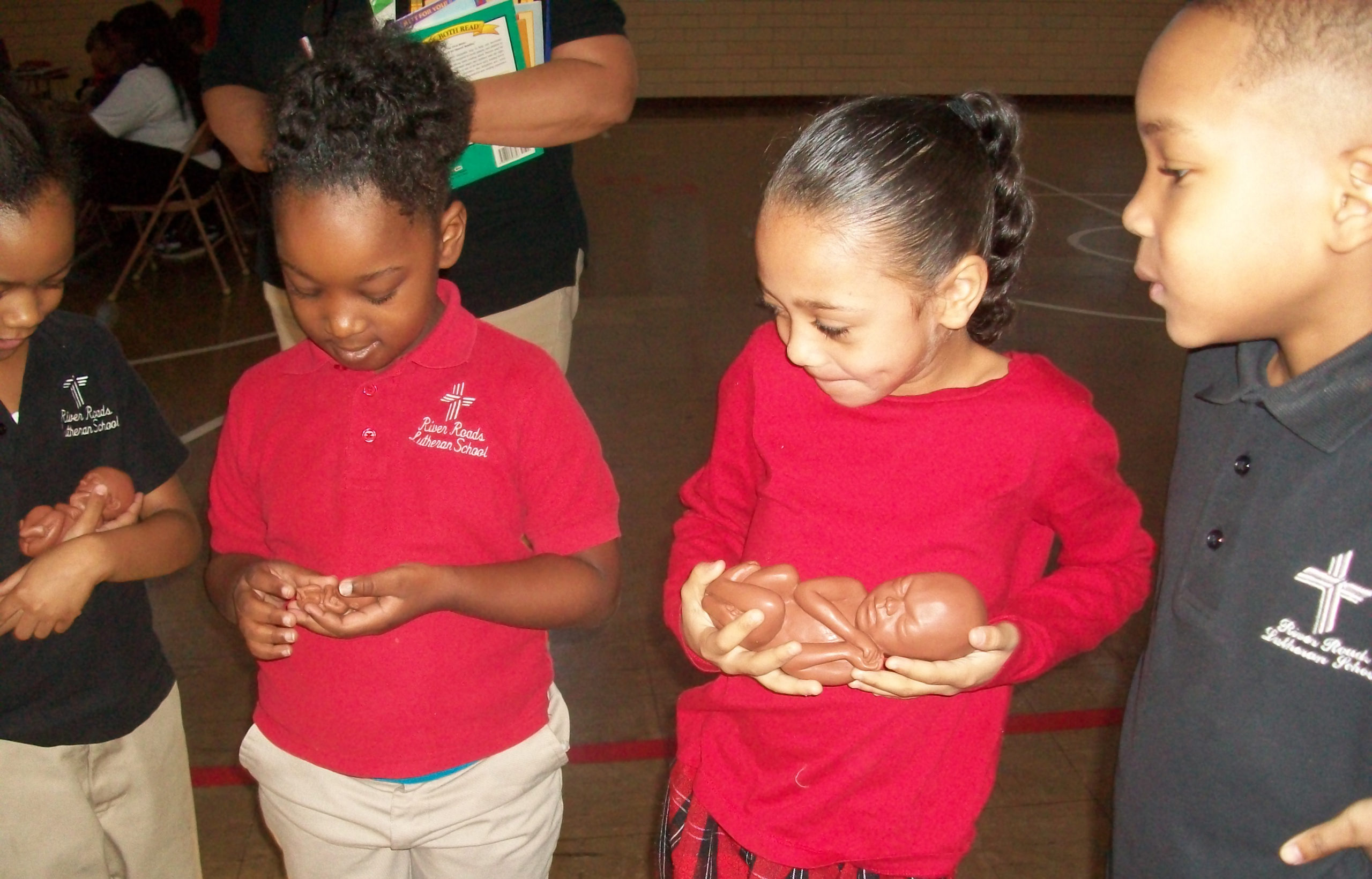 The purpose of Owen’s Mission is to present a Touch of Life fetal model set to every Lutheran elementary and high school in the U.S. free of charge. This enables students to understand the God-given value of each life from the moment of conception. Indeed, believing that “one picture is worth a thousand words,” it is LFL’s hope that it will help students to value themselves and others as intended by God.

Now that all funds have been raised, a fetal model set is available for all 900+ Lutheran day schools across the country who have not yet received one.

“Thanks be to God our Father for how enthusiastically this special project has been received and supported! We humbly and joyfully thank all the generous individuals, congregations, schools, and others whose gifts have made Owen’s Mission possible,” says LFL Executive Director Rev. Michael Salemink. “Hundreds and thousands of students, teachers, and parents are not only hearing but seeing and feeling how God loves life, especially their own, in Christ Jesus our Lord and Savior!” he added.

So far, some 33,000 Lutheran school students have had an Owen’s Mission program out of some 133,000 nationwide. That means that there are still many schools out there who haven’t yet contacted the ministry for a free fetal model set and program.

The sets are typically presented during a 15-20 minute program by an LFL staff member or trained volunteer. Most are done as part of a regularly scheduled school chapel service or assembly.

“This heart-changing and life-saving message, that God has created, redeemed, and called every human being as His treasure and our privilege, is the greatest investment in the next generation. The everlasting hope and joy of the Heavenly Father’s loving grace insulates and encourages our children at the most impressionable point of their spiritual formation against the lies, temptations, and accusations of sin and Satan. We don’t want any Lutheran school to go without it,” said Rev. Salemink.

Is your Lutheran school one of those who has not yet had an Owen’s Mission presentation and received its fetal model set? Simply contact Lutherans For Life at 888.364.LIFE or via email at info@lutheransforlife.org and arrangements will be made.

One final note: For those who have been donating to Owen’s Mission or considering it, we still need your help! Instead of directing your gift to Owen’s Mission, however, please make your gift out to Lutherans For Life, insert it in the provided envelope, and it will instead be directed to the ministry’s most pressing operational need.

May all our youth be motivated by what God has done as our Creator, Redeemer, and Sanctifier that gives value to life!