No Fear of Death: Teach the Resurrection to Your Children 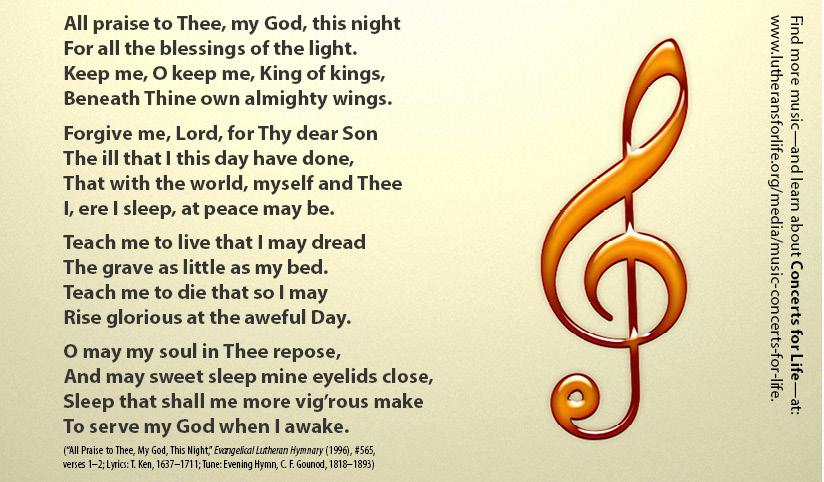 “Daddy, why are they taking Mrs. Abrahamson away?” My initial impulse was to shush my four-year-old daughter for interrupting the pallbearers’ recessional. But she wasn’t really interrupting the funeral. Her question was quite on task, so I whispered a reply. “They are taking her body to be buried in a grave, to wait for Jesus to raise her body up and make it new again.”

My daughter and her younger sister had both accompanied me to the hospital those last few weeks. Mrs. Abrahamson had terminal cancer. Her organs were failing. Food became like poison to a body that no longer could digest it. When her kidneys failed, even water would hasten death rather than prolong life.

Her smile, however, gave a different prognosis. Although she would soon leave her husband behind, her face was radiant with expectation to be united with the Heavenly Bridegroom. That, too, is why the pallbearers were taking Mrs. Abrahamson’s body away.

I choked up as the body left the sanctuary, knowing it would never return to this place where so many times Mrs. Abrahamson had been comforted with Christ’s forgiving love through Word and Sacrament. But then I blinked my eyes to defy the tears—swallowing hard and shouting at Satan inside my head that he had lost and she had won.

In the same congregation, I also had served as the preschool superintendent. I recall a concern that a teacher relayed to me from a parent: “I don’t want you telling my child that Jesus died on the cross.” The parent meant well. In fact, God gives parents to children precisely so that they can shelter children from things that are harmful, including emotional trauma. No question about it, death traumatizes us. Death traumatized Jesus, too.

Jesus, however, never tried to conceal death. Instead, He acted like my four-year-old daughter, only more so. He interrupted every funeral He ever attended.

Death disrupts our lives, but Jesus disrupts death even more. He put a stop to the funeral for the only son of that widow in Nain, raising the boy back to life (Luke 7:11–17). He raised Jairus’s daughter before they even had a chance to bury her (8:40–56). As for Lazarus, four days rotting in the grave did not matter at all. Jesus raised him, too (John 11:38–44). When Jesus Himself died, numerous tombs broke open as fallen saints arose to walk the city of Jerusalem (Matthew 27:51–52). Jesus even interrupted His own embalming by arising from the tomb as the One whom the church fathers called Christus Victor, the victorious, risen Messiah.

Another grand escapade is yet to come. Countless more bodies will rise on the Last Day, as “the dead in Christ will rise first” (1 Thessalonians 4:16). The greatest comfort Christians have as they face death is the knowledge that Christ already has died and risen again. The second greatest comfort is like unto it: the knowledge that we, too, have been buried into Christ’s death through baptism so that we may rise again to newness of life with Him (Romans 6:4).

Every year without fail, several of my college students ask to be excused from class to attend a funeral—usually for a grandparent, but sometimes for an uncle, an aunt, or even a parent or sibling.. Recently one student shed tears in my office as she told me that her grandmother had been placed into hospice care and was not expected to last many weeks. As I listened to her tell me of her memories with Grandma, I, too, teared up. Death devastates us, it angers us, and it makes us feel guilty.

No wonder a preschool parent desired to shelter her child from death. College students, no less than preschoolers, suffer tremendously in death’s path. Why do people die? It is because people sin. I have sinned. I, too, deserve death. “For the wages of sin is death” (Romans 6:23a).

Yes, parents must teach their children this sad fact—but let us continue into the second half of that verse with rejoicing (v. 23b): “the free gift of God is eternal life in Christ Jesus our Lord.”

Let us, therefore, face death square on. Let us also gently guide our children to do the same. Jesus died on Good Friday. That was sad, that was horrible, but the death that our Lord suffered worked for the good of us all. Grandpas and grandmas and other people whom we love also die from time to time, but their deaths also work out for the good. On Easter Sunday, Christ became the firstfruits of the resurrection (1 Corinthians 15:20). Because He lives, Mrs. Abrahamson shall live. Because He lives, you and I shall live and never die (John 11:25–26). This joyous message is for all ages because all who believe in Jesus have life in His name (John 20:31).

Ryan C. MacPherson, Ph.D., a member of the LFL speakers bureau, teaches at Bethany Lutheran College in Mankato, Minnesota. He also is the founding president of the Hausvater Project (www.hausvater.org) and the author of “The Culture of Life: Ten Essential Principles for Christian Bioethics.”