Life In the Real World 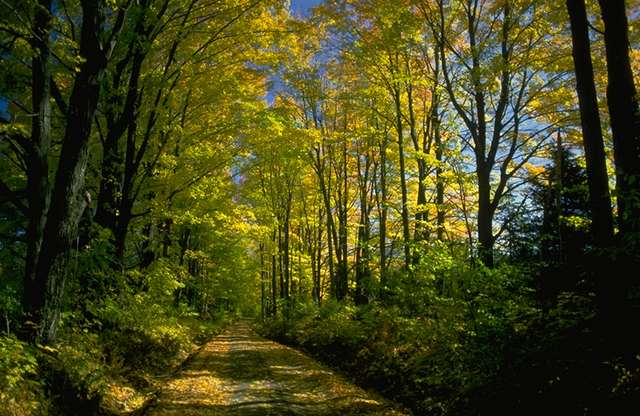 Megan is an all-American girl. Like other freshmen in college, she considers herself “modern.” She communicates by iPhone and Facebook, is comfortable with her “sexuality,” strolls through Victoria’s Secret with her boyfriend, and, ready for a serious relationship, scheduled an appointment to discuss birth control with a Planned Parenthood counselor.

Megan also considers herself to be a Christian. She attended church regularly with her parents. She was educated in parochial schools. Her friends are Christian. She knows the Bible stories and sings praises to God.

Megan believes Jesus is her Savior. If you were to ask her if she is a creation of God, she would answer “Yes!” She has been taught that she can talk to God as if talking to her daddy. He is “Abba Father” and, Megan has been assured, there is nothing she can do to change this fact. Even when Megan forgets to pray or skips worship for another activity or sins in any way, God remains her Heavenly Father. This gives Megan comfort, especially when she’s lonely or troubled. She adores her “awesome God” on Sundays. But, on Mondays, she returns to the “real” world.

In the “real” world, Megan was sharing a bed with her boyfriend. They were in love and being “responsibly adult.” Planned Parenthood helped her to separate the act of sex from procreation. One weekend while visiting her parents, Megan did the usual thing by attending church with them. But, what happened took Megan by surprise. This day, the pastor seemed to look right at her. The Word he spoke did not comfort but, instead, convicted. Megan heard him say that those who follow the flesh by being sexually immoral, impure, and sensual are in danger of missing heaven (Galatians 5:19-21). Megan also heard him say that a new person in Christ is equipped to guard against passions and desires (vv. 23-24).

Megan was conflicted. She did not leave church that morning in a good mood. What did it mean to be a “new person?” How did that fit with being a “sexual being” as she had been taught to see herself? Couldn’t she love Jesus and know He died for her, yet be “modern” in her thinking and behavior? In an honest moment with her parents, Megan expressed fear. “I’ve always known God loves me, no matter what. No matter what, right Dad? Right, Mom?” In a way, Megan was asking what so many Christians might be asking themselves: If disobedience or sin cannot make me less God’s child, what does it matter what I do? Why is it so important to obey God? Why can’t I just follow my instincts? Do whatever feels right for me depending on the situation? Won’t it all work out in the end? After all, Jesus died so that my sins are forgiven!

This is most certainly true. Jesus died for a world of sinners. You. Me. Every person ever conceived. But, dear Megan, our behavior matters. Why? Because our behavior changes our attitude toward God. Evidence of this abounds. It is seen in a culture that determines for itself what is “right” and “wrong.” It is the Christian parent who asks the pastor not to speak about the sin of living together lest his daughter co-habitating with her fiancé stops coming to church. It is the pro-life Christian who has four children but isn’t married to any of their daddies. It is the Christian woman whose choice of clothing reflects her glory rather than God’s and, intentionally or not, becomes a temptress. It is the Christian father who, fearing for his daughter’s future, insists she have an abortion. It is the Christian mother who defends her son’s homosexual lifestyle, saying, “God made him that way.” It is whole bodies of Christians who want Jesus to wrap Himself around the desires of their hearts.

The heart, says the world, is good and can be trusted. The heart, says God’s Word, is deceptive and not to be trusted. Ah, the fickle human heart! It is influenced by the world and our own sinful flesh to oppose the Lord God even while it thinks it is still clinging to Him.

Is Megan doing what we Christians too often do? She knows she is saved and has the promise of heaven. But, does she want God to fit her world? She acknowledges God as her Creator but, depending on her circumstance, does she re-define what He has made? She says Jesus is her Savior, but does He have anything to say about her relationships and choices? She finds hope in being a “new person in Christ,” but is she talking and walking like a sinner bound to sin?

Megan’s identity matters. She is a child of God because of what Jesus did for her. She has divine possibilities. A rich inheritance. Megan’s behavior also matters. How does a daughter honor her Father? How does she reflect His kind of love? Patience? Kindness? Purity? Megan’s identity as a child of God will never change. But, her choices and behavior can change her attitude toward God. Even place her inheritance at risk.

But, when children of God trust His Word to be living, active, and mighty in “real” life, our perspective of the world changes. It does not hold us captive. It is temporary. It is a place we journey through on our way home to our Father’s Kingdom. It is opportunity to think, speak, dress, work, play, love, care, and choose in ways that encourage others to ask: “Who is your Father?” “Why do you do the things you do?” “What is your hope?”

Megan is the King’s daughter with a divine inheritance in store. This is compelling reason to live a more noble and holy life. A life with divine possibilities. A life that reflects God rather than self. A life that makes a difference in a “real” world.

The Titus 2 for Life ministry exists to help Christians, young and old, to make godly choices and to know that mistakes of the past do not have dominion over  Christ’s people. You are welcome to visit www.titus2-4life.org or www.ezerwoman.wordpress.com.