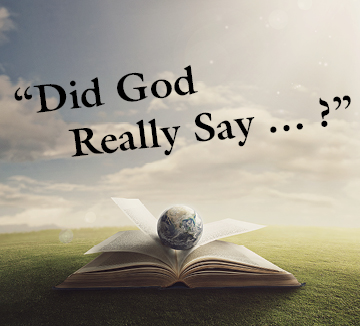 The theme for our 2019 LFL Regional Conferences and our Life Sunday theme for 2020 is “Did God Really Say?” You know the genesis of that phrase, but Satan has perfected the technique of asking that question without really asking that question. And he knows how to patiently and methodically ask variations of that question in order to make small incremental steps toward his goal.

Put yourself in the setting of The Andy Griffith Show. That series ended in 1968—roughly 50 years ago. Do you think the people of Mayberry would have cheered if the mayor announced that mothers could kill their babies right up to the instant of their birth? Do you think that Aunt Bee would have consulted with the town physician to take her own life if she had been diagnosed with a terminal illness? Do you think that Opie would have lobbied for the chance to indicate “X” as his gender on his elementary school registration forms?

I’m NOT at all saying that the people of the 1960s were without their vices—far from it. But, do you ever look at the news today and ask yourself, “How did we get here?”

“Did God really say?” becomes “Would God REALLY want that child to be born if there’s a chance she might be disabled?” Translation: We’re smarter than God now that we have the technology to diagnose (albeit, not anywhere near perfectly) “abnormalities.”

“Did God really say?” becomes “Would God REALLY want that young ‘man’ to live unhappily trapped in a woman’s body? Now that we understand DNA, we can understand that ‘she’ can’t help but want to be a man.” Translation: Never mind the fact that God created DNA and we’re the ones who are late figuring out what a miracle it is, we’re still smarter than God, and He made a mistake.

“Did God really say?” becomes “Would a loving God REALLY want Grandpa to suffer like that for weeks, months, or years? Let’s just ask the doctor to help him die with dignity.” Translation: We’re smarter than God because CLEARLY no good can come from suffering.

Once those hurdles are cleared, Satan has plenty more ahead—and so it continues.

But we—you and I, together—as Lutherans For Life have a never-changing, never-failing message of life to deliver to this deluded culture. God’s Word has answers to all of the questions that Satan has asked and will ever ask. By “equipping Lutherans to be Gospel-motivated voices For Life,” we—together—can be God’s instruments of light and hope in this dark world.

Please help us in this life-changing endeavor. When you look at the news and ask yourself, “How did we get here? Isn’t there something that can be done?” let me assure you that there is. When we all pool our resources—intellectual, physical, temporal, spiritual, and financial—we can reach the person who is tempted to heed Satan’s latest version of “Did God really say?”

Thank you and may God bless you.

P.S. Help us remind those who are struggling that the answer to Satan’s question, “Did God really say?” is a resounding “Lord, to whom shall we go? [YOU] have the words of [ETERNAL LIFE!]” (John 6:68).