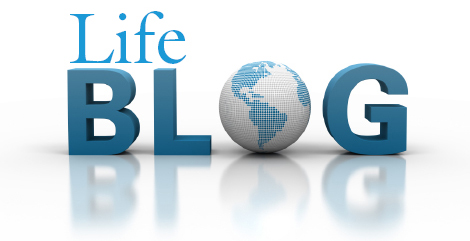 Abortion Dealers Sweep Truth under the Drug by Tony Perkins

As Long As Vaccines Are Tied To Abortion, Christians Need Exemptions by Gifford Grobien – “Promoting public health through vaccines seems like the right thing to do, but there’s a good reason to preserve religious exemptions: Some vaccines rely on cell lines from aborted fetal tissue.”

Audio: Why Is Grandma in a Nursing Home?

It’s Hard To Take The Left’s Abortion Arguments Seriously When They Betray Them For COVID-19 by Kylee Zempel – “Pro-choicers shouldn’t be surprised when the right doesn’t take their economic arguments seriously. When COVID-19 came knocking, they didn’t take them seriously either.”

Abstaining from Everything During the Pandemic, Except from … by John Stonestreet and Roberto Rivera

No, Social Distancing Isn’t A Blessing In Disguise. It’s Evil by Cheryl Magness – “Social distancing is not something to celebrate. It is, according to the experts, what we must do right now. But it’s a necessary evil, not a societal good.”

Our Ancestors Would Be Amazed At Our Cowardly Coronavirus Hysteria by Keith Stanglin – “The Venerable Bede and his contemporaries knew there are things worse than physical death, which is why their fear in the midst of epidemics was not paralyzing.”

Pandemic & Provision: How to Trust God During the Coronavirus Outbreak by Avery Foley

WHO Is Not the Voice of God by Wesley J. Smith

The Rich, Taxes, and the Sin of Envy by Gary DeMar

I read something last night which took me back to my school days, to the earlier years of elementary school, but not very pleasantly. It was a statement by a prominent “authority” that we have only enough coal, oil, and gas in the world’s reserves to last another twenty years. I recall hearing that statement fifty years ago in a classroom! I was also told that the new weapons of warfare would lead to the obliteration of the human race if a second world war began, and that man’s hope was in something called, I think, the Kellogg-Briand Peace Pact, which almost all nations signed, promising to end all wars, and in the League of Nations. In fact, I heard quite a few horror stories in school about what was going to happen to the human race unless something or other was done. Since then, the world has gone from bad to worse, sometimes because of some of the answers then proposed!

But our children and grandchildren still get the same horror stories, and college classrooms are full of them. We are running out of gas and oil (although some good “authorities” less publicized say we have enough for at least 2000 years); we are running out of air, space, and everything, or so it is claimed. All of this, besides being false, breeds fear and hopelessness. It exalts some scientific planners as the only ones with the answers, and it makes the rest of us a herd of cattle headed for the stockyards, unless we listen to them.

Above all else, it exalts the power of man to destroy, and it produces the fear of man. And this is sinful. God demands of us, “[W]ho art thou, that thou shouldest be afraid of a man that shall die, and of the son of man which shall be made as grass; And forgettest the LORD thy maker … ?” (Isaiah 51:12–13).

The creation of the world and its government is the work of the Lord, and it is not in His declared plan that man will destroy it. The fright peddlers are giving too much power to man. It is God’s power they need to recognize, not man’s. If man is the basic power, then the answers must come from man, but if God is the sovereign power, then the answers must come from God, and none other. God has provided the answers, and they are in His Word. Our problem is that men pay no attention to them.