The Demons are Laughing 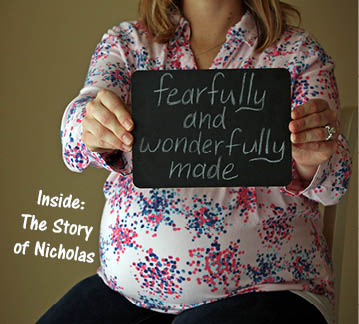 “His tail swept down a third of the stars of heaven and cast them to the earth. And the dragon stood before the woman who was about to give birth, so that when she bore her child he might devour it” (Revelation 12:4).

The demons are laughing.

Officials expelled a life-affirming community from the county fair this summer. The community known as “Life” had received prior approval for their display. It featured photos of babies growing in the womb and medically accurate hands-on fetal models (just like the ones many Lutherans For Life Teams and Chapters use). Volunteers at the booth were offering friendly and uplifting conversation about pregnancy and parenting. Most of their visitors appreciated the positive and compassionate outreach.

Then a few evening passersby became “aggressively vocal”—about abortion. When Life staff arrived the next morning, authorities had torn the stand down. One local councilman said, “It’s a community festival—that includes women who have had to make really hard family-planning decisions who don’t want plastic fetuses in their faces.” Life’s education director stressed that their presence is gentle, and their message is never aggressive. They just want to help women, but fair organizers claim it goes against their values (“Government-Run Fair Kicks Out Pro-Life Group,” LifeNews.com, 7/23/18).

And the demons are laughing. They’ve deceived the world into believing death offers a solution to suffering. They’ve convinced our culture that life issues mean anger and guilt. They’ve captured hearts and clouded minds with fear.

You can change that. You can do something about it.

You can’t shut the demons up. But you can drown them out.

Will you help us reach grieving, lonely hearts with the joy that is louder than officials or fear? Will you help us touch frightened, threatened lives with the hope that is bolder than authorities or anger? Your special financial gift is the only way we can continue to bring forgiveness that heals hurts and to give purpose that saves lives. Lutherans For Life keeps speaking God’s truth—and it doesn’t go unnoticed. Our ministry goes on showing Christ’s love—and it’s making a difference.

But the demons are laughing.

“Protect our right to safely [expletive] whoever the [expletive] we want.” Planned Parenthood of New York City has launched a profane ad campaign. They’re putting the four-letter word on t-shirts and bar napkins. And in an online commercial, after a diverse cast of potty-mouths—including a shirtless lady, two gay couples, and a drag queen—orders viewers to “[expletive] New York and everyone in it,” they advise, “Donate to PP of NYC.” The abortion provider claims, “New Yorkers have more sex than anyone else in America. Planned Parenthood is proud to provide their abortion services.”

And the demons are laughing. They’ve got our population thinking humankind’s life is all about sexuality. They’ve made folks obsessed with courts and polls and taxes and status. They’ve sold the public on freedoms and rights and adult desires.

You can answer this. You can act on it.

Do you remember how the angels are dancing? The angels are dancing because God’s love gives human life value. Ages, appearances, and abilities cannot impair or improve a person’s worth. Jesus Christ creates, redeems, and calls every member of our race priceless from the miraculous instant of fertilization until after the body fails. 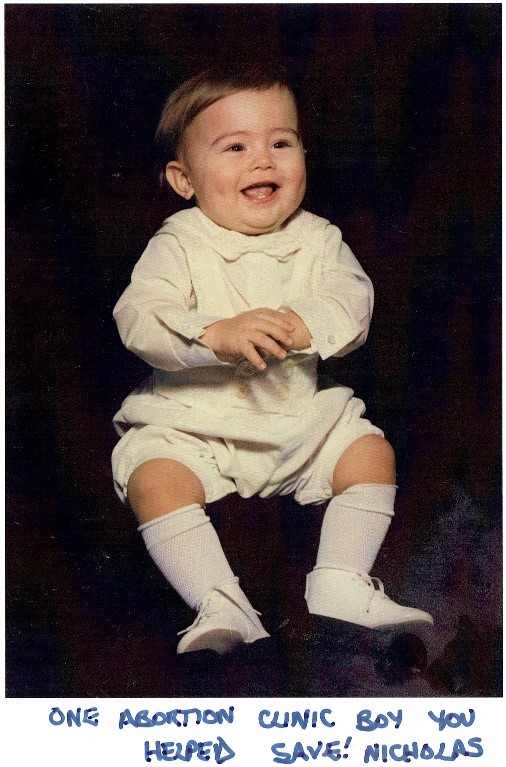 The angels are dancing because of Nicholas and his mother. She handed me this picture outside an abortion facility. A group of Lutherans For Life prayed there and sang. We introduced ourselves to the clinic staff and the incoming clients. We offered alternative services and support at the mobile pregnancy resource center down the street. “A few years ago,” she assured me, “your witness and care spared this little one’s life. Your ministry is working. Please continue turning these mothers around.”

You can’t dampen the demons’ whispers. But you can amplify the Word of the Lord.

Please answer the cries for help with us. Join us in reaching our neighbors—and yours—who need to hear how much they matter.

They’re dancing because we have you.

You can’t stifle the demons’ lies. But you can smother them with God’s promises. You can come alongside us with courage. You can join us with compassion as our partner.

Come, dance with us. Give to Lutherans For Life today!

“Why do the nations rage and the peoples plot in vain? … He who sits in the heavens laughs … ‘As for me, I have set my King on Zion, my holy hill’ … Blessed are all who take refuge in him.”

Last year, in the fall months of September, October, and November, we received gifts totaling $192,707. This year we project we’ll need almost twice that amount, and your generosity is essential in getting us there!