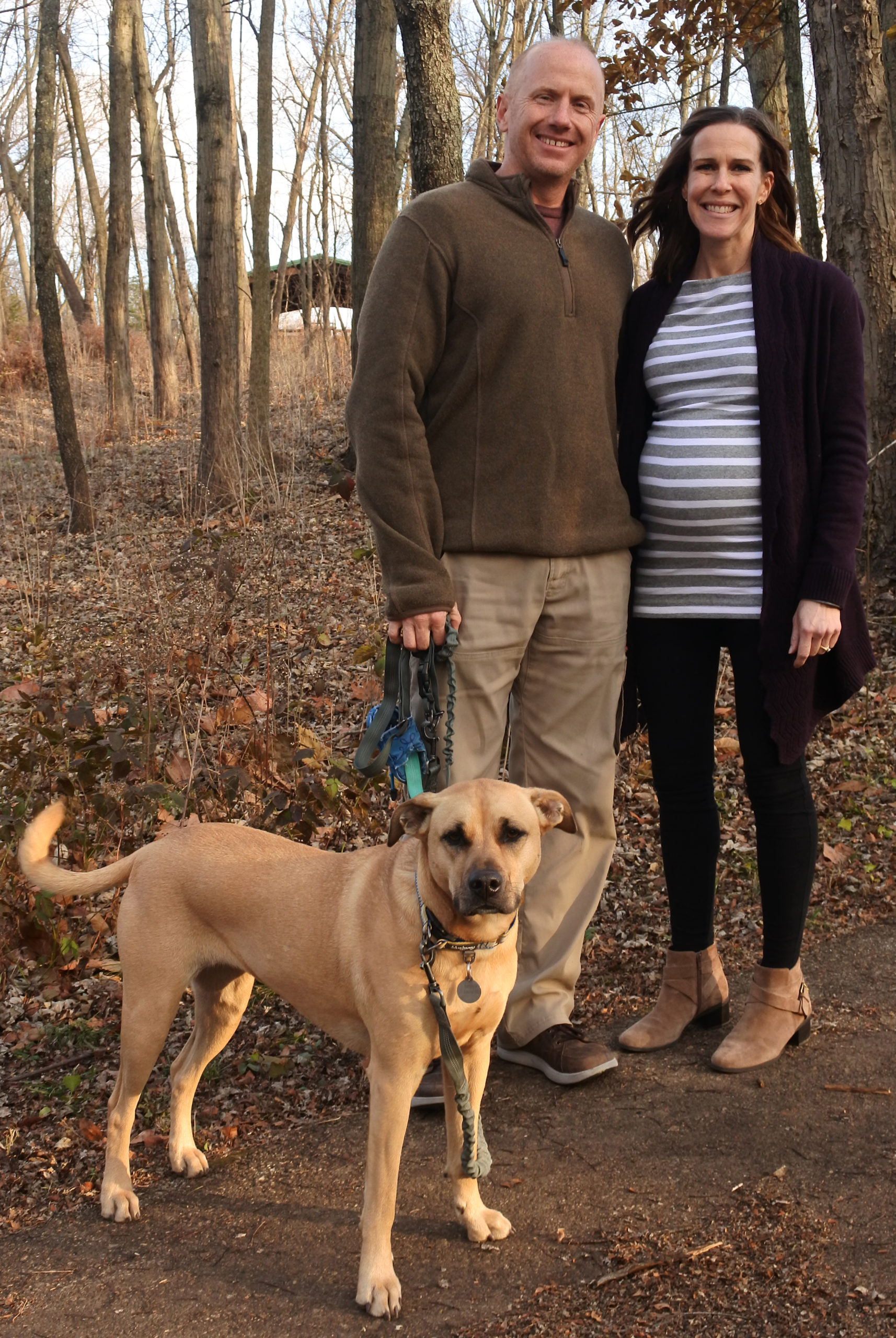 I never thought in a million years I would be pregnant with an adopted baby. That changed three years ago. My husband and I were struggling to conceive, so we went to an adoption meeting. When we learned about embryo adoption, we both were immediately intrigued. After discussing it and then talking with doctors, we decided to move forward. We contacted Snowflakes because we had heard they were a wonderful, Christian organization to work with. We underwent educational training on embryo adoption and were eventually told we would be matched with an adopting couple who had donated their embryos. When the day finally came that we were matched, we looked at the donor’s profile and burst into tears. They seemed like such a wonderful couple (and surprisingly like us in many ways). We were excited and hopeful to adopt their five embryos, overjoyed by the possibility of our children having siblings!

We went in for our next ultrasound at six weeks, and the doctor confirmed that there was nothing there except an empty sac. We were devastated that we had miscarried again. All these losses began to feel like too much for my body and way too much for our hearts.

We continued to update the donor couple along the way through Snowflakes. We wrote them a thank-you letter for the embryos, but it was so hard to put into words our overwhelming sense of gratitude. How do you thank someone for this—the opportunity to be parents? Our donor’s responses back to us were always so selfless and supportive. We couldn’t believe they weren’t sorry they had donated their embryos to us after three of the five had died.

We were beginning to think none of the embryos would implant. We talked about giving back the remaining two embryos to focus on infant adoption; we thought my body just wasn’t accepting of these embryos. We wanted them to grow and mature and be born.

Our doctor said the last two embryos were “Day 6” which meant they took a little longer to develop. It also meant a slightly lower chance of implantation. We prayed and prayed for direction for a couple of months.

On my birthday, we were surprised to find out that one of my high school friends had adopted a baby girl. She sent us pictures—the baby was so cute! My friend was so happy to have grown her family so quickly. I had no idea she was even pursuing that, so it all felt so fast to me. It also caused Dan and me to reconsider pursuing infant adoption instead of embryo adoption. But we still felt drawn to embryo adoption. So, we decided to transfer the other two embryos. The doctor said it was okay to transfer them both at the same time. (This all had taken place over the course of about two years.) On the day of the last transfer we would ever have, we got this letter from the donor parents:

Thank you for the beautiful letter. I have read it over and over, and it brings me to tears every time. I am amazed by your strength and your faith. I’m sure you can imagine the discussions and tears that went into choosing to put the embryos up for adoption. We prayed we were doing the right thing. The moment we were notified that y’all had been chosen as the parents, I had a deep sense of calm in my heart. I knew that God had led us to make the right decision.

When we get to heaven, it will be your face those babies are looking for. They have heard the sound of your heart beating from the inside, and it sang them a sweet lullaby of love.

As y’all prepare for your transfer today, I am praying for y’all, for your doctors, and for your tiny babies. You spoke in your letter about us giving y’all a chance. In truth, we are forever grateful to y’all for giving these embryos a chance.

The letter brought us to tears. We didn’t want to let them down or feel another loss. So, we moved forward with the final transfer, knowing God would reveal to us what He wants.

When they tested my numbers several days after the transfer, they weren’t going up like they hoped. They hadn’t doubled. We had experienced this too many times before: the numbers start to go down and then I miscarry. I continued with all my meds, and they tested again in a few days. When the coordinator called, she was just as surprised as I was to tell me that not only had the numbers gone up, they soared! It had worked once again!

We were so happy and thankful—but at the same time, we had been at this point so many times already. We continued to pray and pray. We tried not to be too hopeful but to just trust in God’s plan. We believed that whatever happened, it would be God’s will and we would get through it with His help.

We went to our six-week ultrasound nervous with tears as we waited for the doctor. We had never made it through this milestone—the one where we could possibly hear the heartbeat. This time we heard it! We heard the heartbeat! Dan and I were both crying tears of thankfulness. From there we continued to see the doctor each week. Every week, the ultrasound showed a healthy, growing baby. (Sadly, we did lose the other embryo and look forward to meeting that child, too, in heaven.)

At 10 weeks we graduated from the fertility clinic and moved onto our regular OB physician. The OB doctor continued to care for us, and at 20 weeks, we found out we were having a boy. We were beyond excited and thankful to be this far and to have this opportunity. 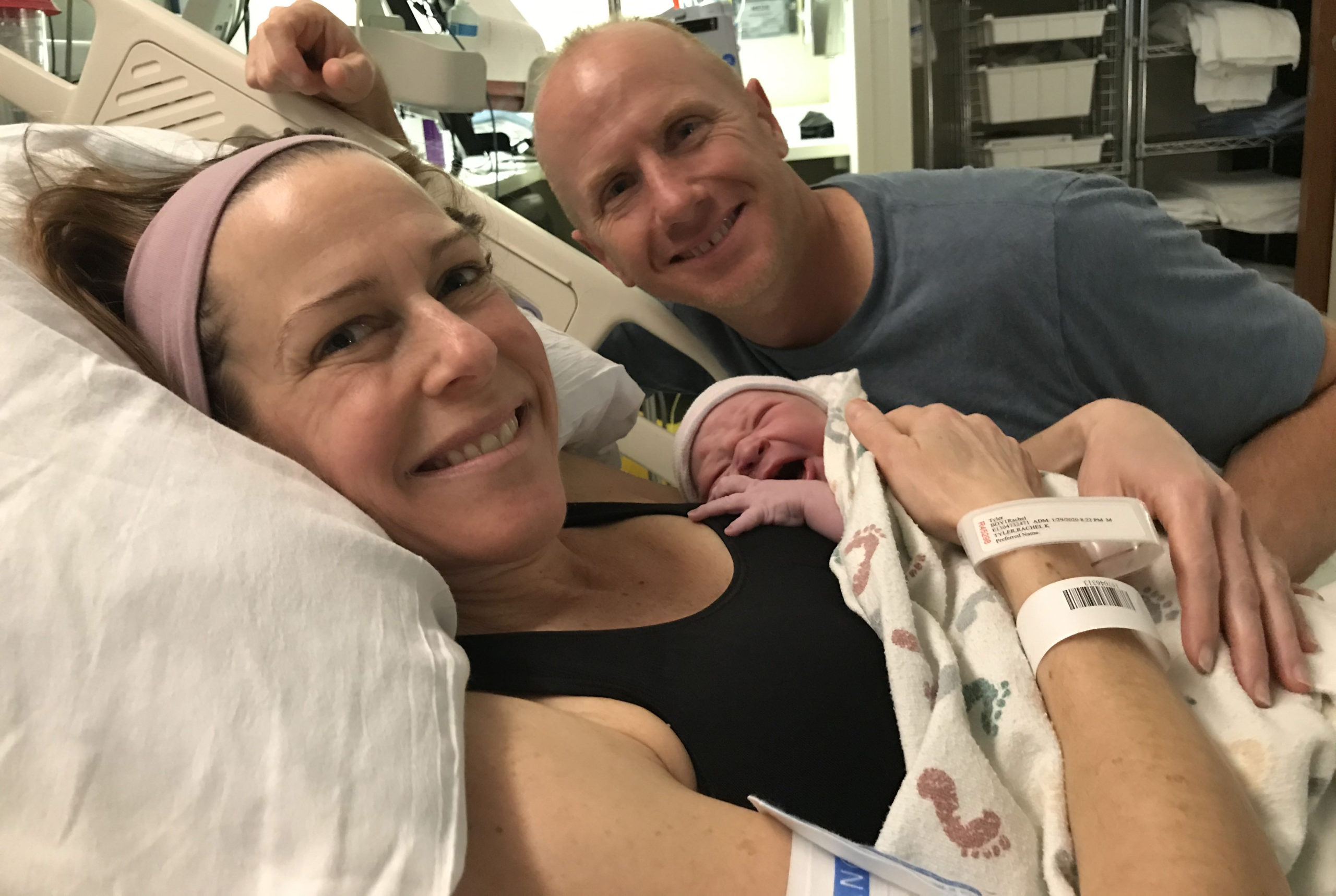 On January 29, 2020, we finally met our son, Calvin. We continue to thank God every day for this baby. We feel like the luckiest parents in the world. God has blessed us beyond what we deserve, and we pray He will equip us to be the best parents we can be to this little guy. We will share his story with him right from the start. We pray he not only knows he has so many people that love him—donor and adoptive parents—but that he will, most importantly, grow in his faith, know Jesus as his Savior, and rely on God to lead and direct him—just as we were trying to do in our journey to meet our child.