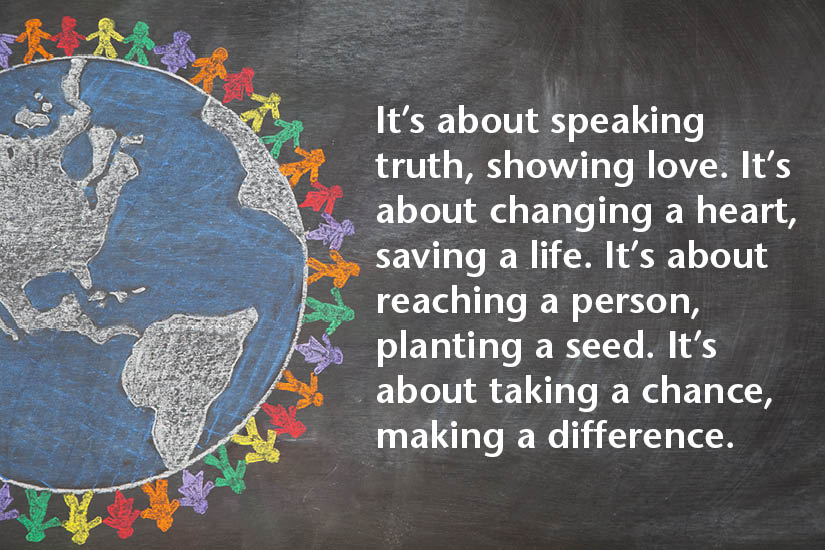 The digits are dizzying.

They have their usefulness in getting attention and gauging the scale. No one goes untouched by this culture encouraging the use of death as a solution to difficulty. Ultimately, though, the numbers become numbing and almost senseless. I’ve never met a million anythings. I haven’t touched a hundred thousand anyones. I’ve never heard the cries of, never held the hands of, never loved, never lost that many at once. My brain can’t wrap around these counts. A million is only a single figure to my mind, nine little lines (1,000,000). My heart doesn’t deal in thousands or even hundreds. I have to live one moment before the next.

These matters shouldn’t be just statistics.

They are not cases to be made with calculations and arguments to be won with amounts. Abortions aren’t merely religious controversies or personal choices. Assisted suicides aren’t simply political issues or complicated conversations.

These realities involve people we know. These circumstances concern people we love. More importantly, they affect individuals beloved by and belonging to the Almighty Maker and Heavenly Father. These are souls whom God creates with His own hands, whom Jesus redeems with His own blood, whom the Holy Spirit embraces with His own voice. These persons He treasures forever. These persons He lends us as gifts to receive and privileges to rejoice in. They are experiences and relationships, identities and histories and destinies—each one.

Here’s the way our Savior computes:

“What man of you, having a hundred sheep, if he has lost one of them, does not leave the ninety-nine in the open country, and go after the one that is lost, until he finds it? And when he has found it, he lays it on his shoulders, rejoicing. And when he comes home, he calls together his friends and his neighbors, saying to them, ‘Rejoice with me, for I have found my sheep that was lost.’ Just so, I tell you, there will be more joy in heaven over one sinner who repents than over ninety-nine righteous persons who need no repentance” (Luke 15:4-7).

One at a time.

Our mission and passion aren’t about arithmetic. This Gospel of Life isn’t for measuring. Jesus brings resurrection and forgiveness! Jesus means infinite worth, eternal grace, unconditional acceptance, universal purpose. This erases tabulation altogether and dispenses with data. It’s about speaking truth, showing love. It’s about changing a heart, saving a life. It’s about reaching a person, planting a seed. It’s about taking a chance, making a difference.

Our message and obsession are one conversation, one interaction, one moment at a time. We have one God and one Lord. We live one Gospel in one Body, same faith and same hope for all. This one is bigger than sixty million. This one is greater than a billion.

It’s all about the one right in front of us.