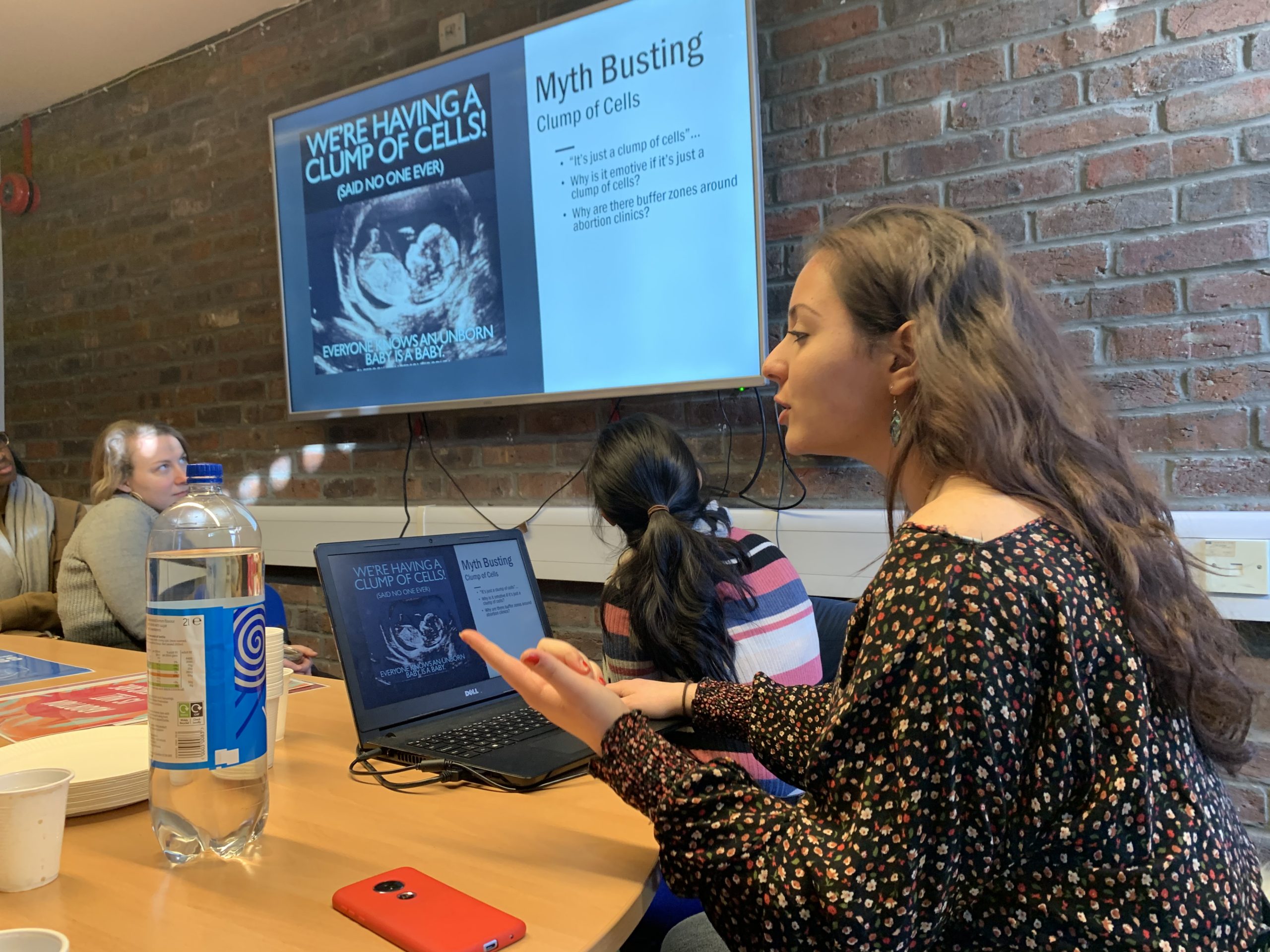 – A For Life Perspective from the United Kingdom

Every single day we are faced with anti-life rhetoric, whether it’s about abortion directly or the overwhelming shift in our culture toward a lack of responsibility and a disregard for the sanctity of life. As time goes on, we can hear the voices of our young people growing louder as we see the destruction of what the anti-life mentality is doing to our families, our men, our teenage girls, and women.  There has been an increase in abortion numbers in the United Kingdom, amounting to around 550 a day. With an attempt to cease this increasing push for the death of our unborn children, correspondingly there has been a growth in the life-affirming movement with 60% of the Russell Group Universities starting pro-life societies. Abortion is this generation’s genocide. It is the massacre of the holy innocents, and I do not want to sit back and watch this go by.

I am a UK university student, and I attended the University of Southampton for a year. I know that my life must be dedicated to this fight, the plea of the unborn, and the tears of regretful, misled mothers. One afternoon on campus, I walked past an Amnesty International exhibit. I confronted them about their show of human rights, whilst they infiltrate third world countries, supporting abortions even if it is illegal in that country. They returned my defense of the unborn child’s bodily autonomy and his or her human right to life with the opinion that women should not be provided with information to help keep their child. 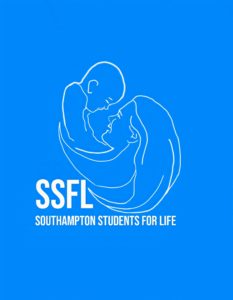 I soon realized that much of society does not care for mothers or the unborn. It is our job to provide a real human rights charity and to establish a For Life society. Bringing such a shift must start with you—in your school, in your workplace, in your universities, and in your home. I decided to create a society at my university, hoping to be one step closer to shifting culture towards love. We have been born into a strange tide where prolife opinion is thought of, by some, as scandalous. We need to turn the tide, learn how the opposition think, and take on the so-called “pro-choice” arguments head on. The pro-choice lobby is often extremely argumentative. One thing I knew my society had to include were sessions on how to be experts at arguing back!

As I set up my society’s first event at university, I focused on myth-busting common pro-choice arguments that we face almost all the time. These vary from, “no uterus no opinion,” “my body my choice,” “it’s just a clump of cells,” and on it goes. Busting pro-choice arguments can be brought into assemblies at school, including details of the development of the unborn or as sessions at your local church. 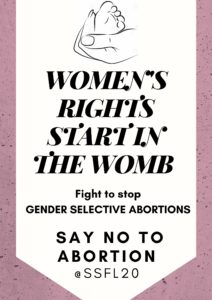 I found that one of the ways in which we can convince pro-choice supporters is to target our speech to your audience. As I was beginning to train my society members on how to go out into campus and engage with our fellow students, one thing I would tell them to always keep in mind is the stance of the other person. If they are giving you facts, give them facts back. If they are telling you emotional stories of how women need abortions, give them emotive stories about how women have kept their child in their struggling circumstances. If you are battling with the overseeing body that has the power to shut your society down, fight back in a way in which they are familiar. Focus on the destruction of abortion (mentally and physically), gender selective abortions, and the abortion procedure. If you are confronted with a woman on the street, show her kindness and compassion, empower her to believe she has the strength to have children, explain the development of the unborn child, appealing to her maternal side.

If you are not at university, this does not mean you cannot shift culture. Gather a group of people, set up an exhibit, and go out into the town center. Engage with others and educate them on the development of the unborn child. Hearts and minds change best with one conversation at a time. 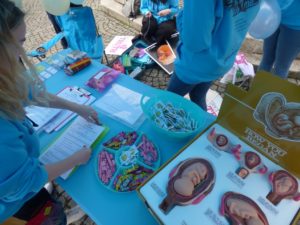 The final push that all pro-lifers should engage with, especially our youth, is media. Southampton Students For Life now has a Facebook page (www.facebook.com/SSFL20)that has already attracted some critics, giving us the chance to engage with them. Social media can be used to our advantage. Let’s use it and reclaim it as our own. Snapchat, TikTok, Instagram—let’s make fighting for the unborn the new craze! But this trend won’t ever stop.

“For God so loved the world, that he gave his only Son, that whoever believes in him should not perish but have eternal life” (John 3:16). God shows us what it is to love every single day. Even the grace He gives us to change people’s hearts toward Him is an outpouring of His love. Let us love like Christ and sacrifice our time to save His unborn children. Let us show mothers who have had or are thinking of having an abortion the love we are so beautifully bestowed upon from our Father.