Communicating with Your Legislator 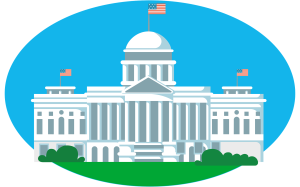 There are many reasons people communicate with their state legislators, but for those who believe human life belongs only to God, speaking out in support of pro-life bills should be at the top of the list. Legal assault on life comes on several fronts.

One example of legislation that promotes death as the answer to problems is physician-assisted suicide. It is being debated in many states and has been legalized in several. While it seems to be making headway, it is an area in which Christians may have the greatest opportunity to affect public policy. Many people, including elected officials, may not yet have formed strong opinions. Cultural arguments often sound compassionate and are persuasive. “Why should we force people to suffer?” “If someone really wants to die, do we have the right to force them to live?” As Christians, we know these are false arguments, and we need to speak out against them.

Other legislation in which our voices of support need to be heard includes bills that limit the time during which abortions may be performed or that require safety standards on abortion facilities that are equal to those of other clinics, such as regular inspections or hospital admitting privileges.

How do we impact decisions that will be made? Obviously, it’s important to work hard to elect people at all levels of government who share your pro-life values. You need to know what they believe before they are elected. Many candidates use local office as a stepping stone to higher office.

Obviously, if you are to have an impact on legislation you should know what’s going on. Take advantage of communication from pro-life organizations or regular updates from the state legislature itself.

Influencing a legislator on upcoming life-related bills has no “one-size-fits-all” formula. Here are some suggestions, however, that may be helpful.

In all forms of communication, be concise but thorough enough to get your point across accurately. Be clear. Be respectful but definite. Remember who you are representing—the Creator of life and the defenseless. You are a voice for both and you are presenting the truth. As always, pray for wisdom and guidance.

A final word: There are representatives at all levels of government who are doing battle for you and for your values. It is usually thankless work and is often costly to them in terms of vicious attacks from the left and the associated emotional drain. Discouragement is a constant threat. A handwritten note, even if you are not in their district, to say thank you and “I’m praying for you” means more than you will ever know.