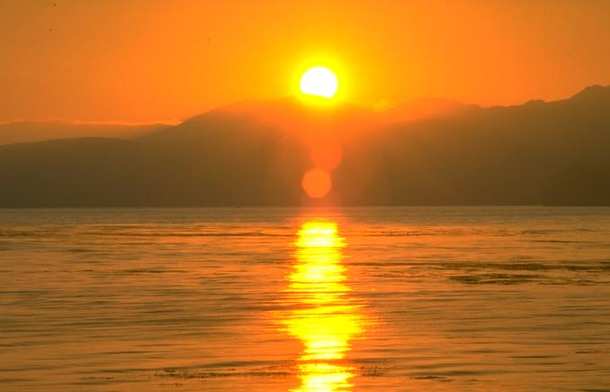 It’s easy to become discouraged these days. Those who don’t want to acknowledge the Creator God are bold. Those who want to acknowledge Him long enough to blame Him for all the ills of the world are just as bold. All worldviews except the biblical worldview are tolerated on campuses. A “progressive” media scoffs at the “downward-sloped forehead” people who live in virtually every state except along certain coastlines. The culture, in general, is certainly more coarse. Immodest. Selfish.

New York state legislators and the governor rammed through so-called “gay marriage” last year. Iowa’s Supreme Court did the same in 2009. Most Americans oppose this redefinition of marriage. It has failed in 31 states where it was put to a vote. But, through the efforts of a small group of activists, America appears to be closer to embracing a radical social experiment that will, without any doubt, undermine marriage, hurt children, and destroy religious liberty.

Of course, having said all this, I run the risk of being labeled “intolerant.” “Judgmental.” A “theocrat.” A “dominionist.” Or a “Christianist.” (I run this risk because I don’t believe that my faith is a private matter.)

In spite of all this, there is hope. (I believe there is always hope.) “Think about it,” writes Chuck Colson. “Most surveys estimate the number of homosexuals in America is only around two to four percent. If these few people, with the help of like-minded liberal elites, can bring America to this dangerous tipping point, why can’t faithful, orthodox Christians—who make up a far greater percentage of the population—bring some sanity to the critical moral and cultural issues of the day?”

Colson references an article in ScienceDaily. “Scientists at Rensselaer Polytechnic Institute (RPI) have found that when just 10 percent of the population holds an unshakable belief, their belief will always be adopted by the majority of the society.”

Did you know this? Why might this be? Colson explains. “Researchers at RPI note that this is possible because people do not like to hold unpopular opinions and are always seeking to reach a consensus.”

As a Lutheran, I’m compelled to ask, “What does this mean?” It means there is hope! Colson writes, “Those who stick to their intellectual and moral guns can eventually influence their undecided neighbors to adopt their views — and begin to spread them themselves!”

The very thing that Jesus did He asks us to do. Jesus launched a movement that greatly impacted the world for good starting with twelve disciples. Twelve ordinary, kinda-like-you-and-me people. Those disciples became agents of change. Modern Christians who use God’s Word and try to practice their faith wherever they are and in every circumstance are agents of change.

Well over 10 percent of the U.S. population, according to every survey conducted by any polling group, identifies itself as having unshakable Christian beliefs. So why do we appear to be losing on so many cultural fronts?

Colson answers well. “We need to be more active in sharing our beliefs about absolute truth in our pluralistic society. Too many culture-war-weary Christians have retreated to the pews. Too many so-called ‘Christian leaders’ are advising the rest of us to do the same. Nonsense. We must speak up.”

Second, says Colson, “we need to make our case confidently, winsomely, and positively. The Christian worldview provides the only way to live rationally in the world. It is the blueprint for human flourishing. And it is visible whenever we defend the dignity of every man, woman, and child; when we feed the hungry and clothe the naked; and when our marriages and families and churches and schools are refuges for love and learning.” (www.breakpoint.org, 8/9/11)

For most of my life, I’ve been surrounded by agents of change. This was no accident. God placed them in my life so that I could learn how to be one too.