Abortion: A Sacrifice in the Name of Self 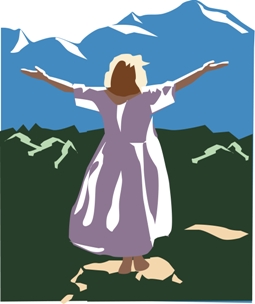 Between the years of 1904 and 1909, archaeological excavations at Gezer (once known as the Canaanite region) revealed the ruins of a temple. This temple, or “high place” was built to worship Ashtoreth, the “wife” of the idol named Baal. Great numbers of jars were discovered under the debris of the temple. These jars contained the remains of children who had been sacrificed to Baal and Ashtoreth. The whole area (an enclosure 150 feet by 120 feet) proved to be a cemetery for babies.

“Foundation sacrifices” were performed by Israelites who had adapted the ways of the people around them. When a house was to be built, a child would be sacrificed and his or her body “built” into the wall with the belief that “good luck” would come to the rest of the family. Many tiny bodies were dug up in Gezer, Megiddo, Jericho, and other sites.

How could a mother lay her child in the arms of Baal, a stone-cold idol who stood above a flaming fire? How could the father permit it? Infant sacrifice was practiced by parents seeking a change of circumstances. A better life. Prosperity.Are we more civilized today?

Are we truly more “progressive”? We have sacrificed 55,000,000 preborn babies in the United States since 1973. Biology and ultrasound technology remind us that the abortionist is not removing “globs of tissue” but sons and daughters. These children are sacrificed, not at the temple of Ashtoreth or Baal, but at the temple of Self.

Approximately 95 percent of abortions in the U.S. are not for rape, incest, or the life of the mother, but for convenience. Mothers and fathers in Canaan sacrificed their children to idols for personal gain or out of fear. Today’s practice of abortion is really no different. Mothers and fathers lay their babies in the arms of stone gods named “my choice.” “My convenience.” “My best interest.” One life is sacrificed for another. “If I have an abortion, I will regain control of my life.” “If I have this abortion, my future won’t be at risk.” “Having this abortion is the sacrifice I must make for myself.”

But, God demands no such sacrifice. He has already paid the ultimate and only necessary sacrifice for a future of hope. God does not require mothers and fathers to sacrifice their children so that others might live well or fear less. God made the sacrifice for us. The cross of Jesus Christ is the reminder of amazing grace on pitifully desperate people. The cross tells us that no one else—not even a “fetus” (Latin: young one)—needs to be sacrificed.

Those who trust in the God who calls each child by name will not be deceived. God’s Word opens eyes and changes hearts and minds. When fear presses down and momentary evil seems justifiable, God’s Word convicts—then comforts. God does not forsake those who cry out to Him. He may not answer in the way we want or expect, but He promises His faithfulness in all circumstances. Apart from God, there is no good thing.

With God, goodness and mercy rise up. Push back against evil. Overcome. When wrong choices of the past made in fear and desperation are confessed and taken to the cross, they are forgiven. Forgotten. Covered by Jesus’ robe of righteousness.