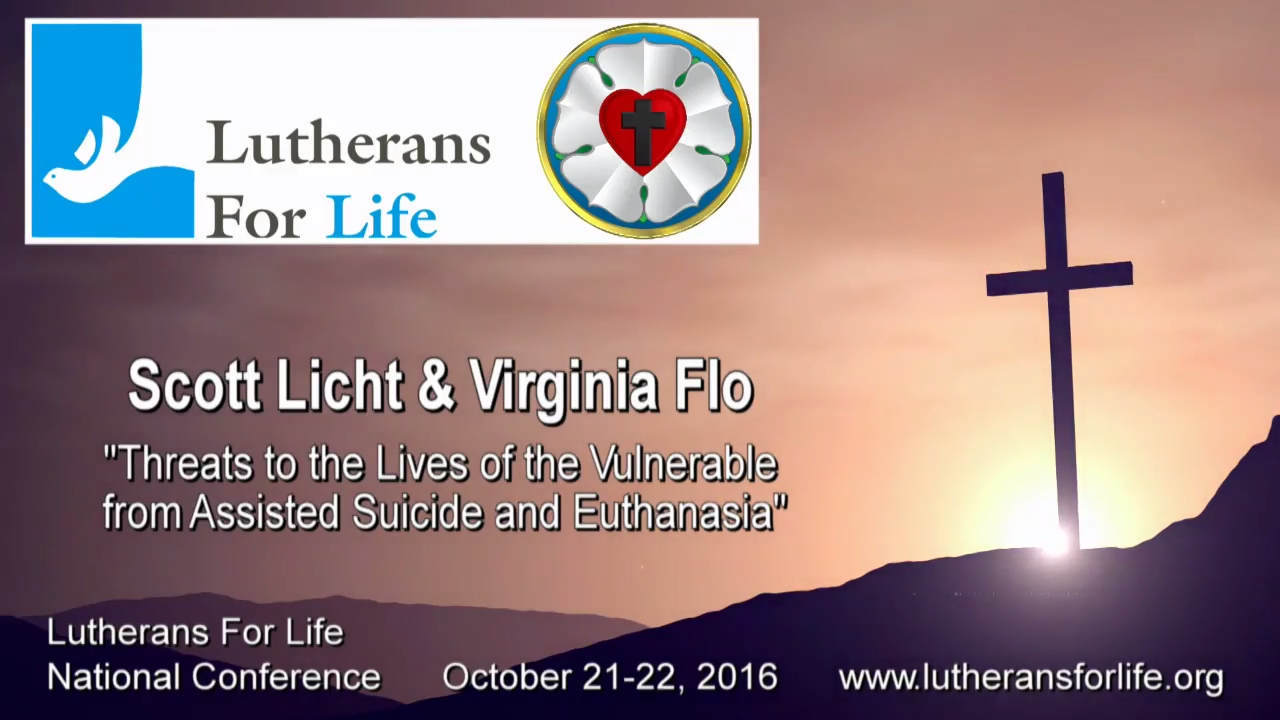 Rev. Scott Licht, national director of Lutherans For Life, and Virginia Flo, regional director of Minnesota and national conference director of Lutherans For Life presented “Threats to Lives of the Vulnerable from Assisted Suicide and Euthanasia” – The phenomenon of social experimentation to solve human problems is currently being ratcheted up to include the use of lethal drugs to end the life of a person who is “terminal.” While this feel-good compassion sounds inviting, it is loaded with problems for vulnerable populations and degrades society further by devaluing human life to another great degree. The quest to legalize assisted suicide is prevalent throughout much of the United States today, and an intelligent, targeted response is necessary to prevent this from occurring in your state.