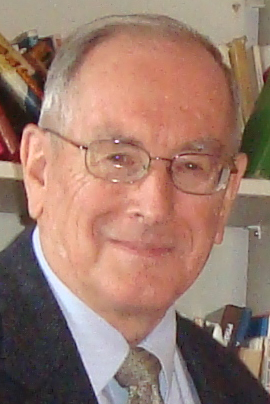 Don was born and raised on a farm near Tower City, North Dakota. After graduation from high school, he served with the Army for two years in Munich. After that, he enrolled at Concordia College in Moorhead, Minnesota where he graduated with a Bachelor of Arts degree in Social Work and Economics in 1959. Soon after beginning his career as a social worker, the Lord called him into the ministry. He enrolled at Luther Seminary in St. Paul, Minnesota, where he graduated with a master’s degree in theology in 1969. Pastor Richman was married to the former Mavis Elster in July of 1963. They served as missionaries there until 1974. After serving as an associate pastor in Jamestown, North Dakota, for three and a half years, Pastor Richman was called to the senior pastorate at Emmaus Lutheran Church in Bloomington, Minnesota. After much prayer, thought and consultation, Pastor Richman was led to resign from his position at Emmaus Lutheran church to organize the East European Missions Network—incorporated in 1992. Pastor Richman served as director until March of 2004. He continues as Founding Director of EEMN. Though he and Mavis continues to reside in Bloomington, Minnesota, he travels frequently to various countries in Eastern Europe and the former Soviet Union.