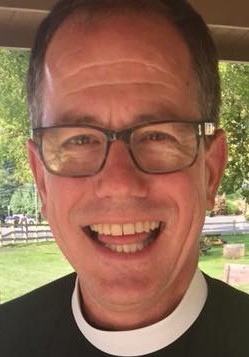 Rev. Dr. Dennis R. Di Mauro has spent the past 25 years in pro-life ministry, serving in such roles as president of the Northern VA Lutherans For Life Chapter, head of NALC Life Ministries, and as the LFL representative to the National Pro-life Religious Council. He holds a BA (1986) from the College of William and Mary, an MBA (1991) from George Mason University, a Master of Arts in Religion (2006) from Reformed Theological Seminary, and a PhD from the Catholic University of America (2012) in Church History and Sacramental Theology. He teaches religion at St. Paul Lutheran Seminary, serves on the Younger Theologian Colloquy of the NALC, and has also taught at Marymount University and Washington Bible College. Dr. Di Mauro is the author of A Love for Life (Wipf and Stock, 2008), as well as numerous articles and reviews in such periodicals as Anglican and Episcopal History, Lutheran Forum, Lutheran Witness, First Things, Higher Things, Word and World, Homiletic and Pastoral Review, and Touchstone. He currently serves as Pastor of Trinity Lutheran Church (NALC), Warrenton, Virginia, and is the editor of SIMUL, the journal of St. Paul Lutheran Seminary. Before his ordination in the North American Lutheran Church in 2013, Dennis served as an officer in the U.S. Army Reserve and worked for 25 years in the Telecommunications and IT industries at companies such as Hewlett-Packard, Unisys, and Nortel. He has been married for 31 years to his wife Coco and they have three grown daughters, Zoey, Lucy, and Veronica, and a new grandson, Alonso.