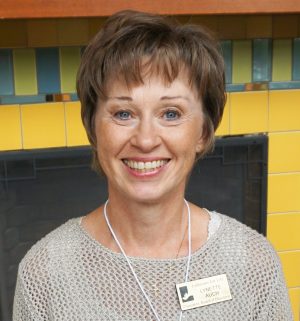 Lynette Auch – President – and her husband, Douglas, are the parents of two grown, homeschooled children, Crystal and Zachary. Crystal and her husband, Marcus Snearley (serving in the US Navy), are parents to their sons, Isaac and Christian, and daughter, Lheia. Lynette has been active in LFL since 1985, helping to form and charter Southeast South Dakota LFL and the South Dakota state federation. She has served on the board of directors of LFL of South Dakota since 1993 and as state president since 1997. One of her biggest achievements in the pro-life movement has been her involvement in the groundwork and fundraising for an ultrasound machine gifted to the Alpha Center, pregnancy center, Sioux Falls, with on-going fundraising for the continuation of this ultrasound ministry. Lynette received a Bachelor of Science in Nursing from Mount Marty College, Yankton, South Dakota, in 1990 and has worked as an OB/GYN RN at the Women’s Center of Avera Sacred Heart Hospital, Yankton, since then. Lynette and Douglas formerly worked with the South Dakota team of Ongoing Ambassadors for Christ, the local organizations of 4-H, and the Yankton Area Ice Association. They attend St. John’s Lutheran Church, Yankton and Martinus Lutheran Church, rural Utica, and are active in various church and community activities.